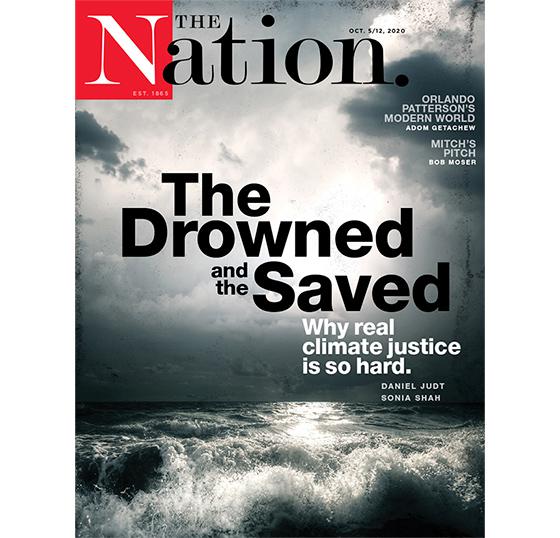 Progressive publication The Nation will unveil a redesigned print magazine, with a new look and logo, in the October 5/12, 2020 edition.

The print magazine will reduce its publishing schedule from weekly to twice a month, with 20% more pages in each issue. Four times a year, The Nation will publish special 64-page double issues for deeper reporting, long-form analysis and investigations.

A digital overhaul is planned for 2021.

“Why change the way the magazine looks? Because our relationship to our readers and to the world we cover has changed,” writes D.D. Guttenplan in his editor’s letter. “From 1865 until some point in the last decade, The Nation functioned partly as a weekly news magazine — and looked it.”

Now, with The Nation publishing news and articles every day online, it needed a face-lift.

“When we asked print readers what they wanted more of, their answers were clear: more investigative journalism, more political news unavailable elsewhere, and more analysis from The Nation’s distinctive progressive perspective,” Guttenplan wrote.

Readers also wanted “more time between issues to enjoy each print edition of The Nation.”

The Nation noted: "While for over a century, The Nation was America's oldest weekly, we actually haven't been weekly in some time. Like most magazines, we’ve shifted to daily online content while slowly adjusting our print schedule to meet the needs of our readers. We’re moving from 36 issues per year to 30, published twice per month, four of which are spectacular, robust special double issues."

A two-part cover story “The Drowned and the Saved” will debut in the first redesigned print issue out next month. Focused on the issue of climate justice, the story looks at Britain’s long road to phasing out fossil fuels, and how the Bahamas is coping after Hurricane Dorian hit in September 2019.

The magazine will also have an expanded features section and Books and Arts coverage.

“We believe that print on paper, though as old as Gutenberg or his Chinese predecessors, is a medium with a future,” Guttenplan wrote in his letter.

Only paper, he argues, can give readers “an analog experience in a digital age.”