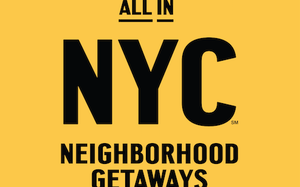 If you’re in the restaurant industry, chances are this year’s Presidential election is merely a sideshow.

Last week, the New York City Hospitality Alliance put numbers to the stark reality of COVID-19’s continued impact on bars and restaurants. In a survey of 450 of the organization’s 2,500 members, 87% said they had not paid their entire August rent.

That percentage was up from 80% in June.

On Friday, the chairman of the National Restaurant Association—along with restaurateurs from around the country—testified to a House Ways & Means subcommittee about the importance of another round of funding to assist their beleaguered industry.

It’s unclear whether Congress will adjourn without taking action on their requests.

On Sept. 15, NYC & Company—New York City’s marketing and tourism agency—launched an initiative called "All In NYC: Neighborhood Getaways," to help generate foot traffic and spending at eating establishments, hotels, stores and other businesses. It will run through Dec. 31, with a possible extension into 2021.

In its biggest media campaign to date, NYC & Company is seeking to generate approximately 1 billion impressions for "All In NYC: Neighborhood Getaways" using an array of place-based and digital media, according to NYC & Company chief marketing officer Nancy Mammana.

“We are giving this everything we have,” Mammana tells Marketing Daily.

Mastercard is supporting the campaign by offering cardholders up to $100 in statement credits. Each single restaurant transaction of $20 or more earns a $10 credit.

The financial services company is also providing media support for the campaign.

“They have been a partner of ours for the last two years,” says Mammana. “For this particular program, they’ve really upped the ante with a very rich credit offer, as well as the media support.”

Businesses that are not members of NYC & Company are invited to participate in "All In NYC: Neighborhood Getaways."

New York City is set to allow indoor dining at 25% capacity on Wednesday.

Adding to its financial woes, the restaurant industry continues to grapple with third-party delivery services which they’ve become increasingly dependent on, given on-premises dining restrictions.

In a filing with the Securities and Exchange Commission on Friday, Uber Technologies said Postmates generated revenue of $160.8 million in its second quarter of 2020 while posting a net loss of $32 million.