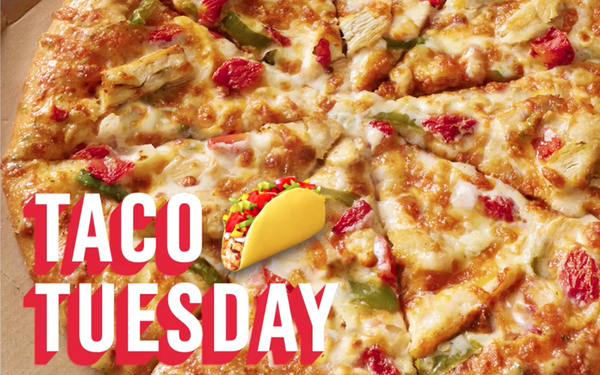 The pizza onslaught shows no signs of slowing, with Domino's announcing another blockbuster quarter.

The Ann Arbor, Michigan-based chain, the world's largest pizza purveyor, says global retail sales gained 14.4% in the third quarter. And same-store sales in the U.S. jumped 17.5%, as America continues to rely on pepperoni's magical powers to get through the pandemic.

The company says it marks the 38th consecutive quarter of same-store sales growth in the U.S.

While COVID-19 continues to devastate much of the restaurant world, industry observers say Domino's is well-positioned to keep winning with consumers in the months ahead.

"While same-store-sales trends remain stellar,"  unexpectedCOVID-19 related investments did caused its pre-tax earnings to come in a bit lower than expected, writes Brian Bittner, an analyst who follows Domino's for Oppenheimer. Still, he reiterated Oppenheimer's "outperform" rating, "as momentum in the U.S. remains strong."

Those gains came without the popular 50% promotional week that Domino's ran twice in the third quarter of 2019.

Meanwhile, there are some encouraging signs in the broader restaurant universe, even as the industry faces more shutdowns and restrictions. The NPD Group reports that for August, when slightly less than 25% of all restaurant units were under constraints for on-premises dining, traffic fell just 10%, and dollar spending only 9%.

"As the summer progressed and mandated restrictions were lifted, an increasing number of consumers became more comfortable dining out based on the safety protocols restaurants put in place," says David Portalatin, NPD's food industry advisor. "After months of staying at home and cooking their own meals or ordering in, they were ready for the restaurant experience again."

The report also notes that on-premises visits have increased every month since April. And while digital orders accounted for more than 20% of restaurant spending in April, that share declined to 17% in August. Like buy-one-get-one deals, promotional offers slipped from 30% in April to 27% in August.