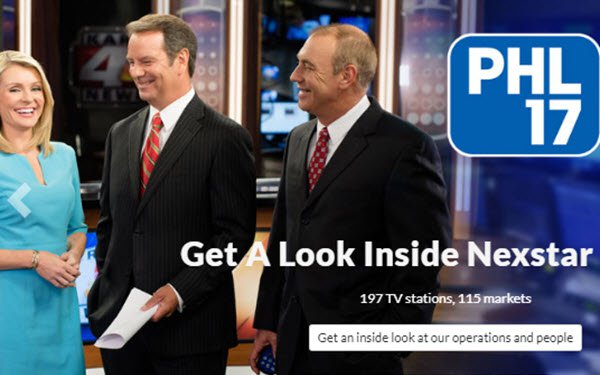 The restructuring, effective November 1, aims to maximize the value of Nexstar’s content, national reach and consumer digital use, and should result in cost savings of about $5 million in 2021, the company said.

Gregory Raifman, currently president of Nexstar Digital, will leave the company when his contract expires at the end of March next year.

The merged unit’s digital division will be led by Karen Brophy. Brophy will be responsible for Nexstar’s 121 local websites, programmatic, data science, social media group sales and partnerships. She will also be tasked with streamlining Nexstar's ad tech stack.

Tim Busch will be president of broadcasting, overseeing the company’s 197 TV station and multicast signals.

“In addition to realizing operating expense efficiencies, by centralizing operations into a single primary operating entity, we will strengthen our focus on distributing the content consumers want most, delivered the way they prefer to consume it, which we believe will drive near- and long-term operating results improvements,” Carter said in a statement.