In Dove's Basketball Partnership, Unilever Moves From Ads To Acts 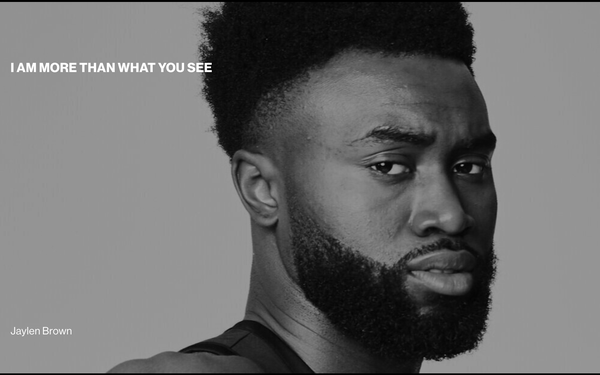 With America mired in a painful racial crisis, Unilever says it is responding in the most direct way: by transforming from a consumer-centric company to one that is human-centric.

That means pushing beyond what the company says in its ads, and focusing on acts. Those include an ambitious new Commit to C.A.R.E Now Initiative, with Dove Men+Care and the National Basketball Players Association teaming up to change the way the world treats Black men.

Addressing attendees of the Association of National Advertisers' Masters of Marketing conference, she explained that C.A.R.E., which stands for "Care About Racial Equity," is a natural fit for the brand. "Dove Men+Care has always been committed to challenging the status quo and stereotypes," Eggleston Bracey said.

Working with NBA players like Chris Paul, Aaron Gordan and Donovan Mitchell, the effort encompasses public safety, education and safe and fair voting. And it aims to create a more accurate view of Black men in media.

The NBPA includes 450 players, many of whom have been among the country’s most outspoken about social injustice. The campaign portrays them not just as athletes but as men: fathers, husbands, brothers and citizens. The group works to get fans and consumers to sign a petition supporting the George Floyd Justice in Policing Act of 2020 (H.R. 7120).

A longer-term focus is on how Black men are portrayed in the media. It's inviting people to go to Commit to C.A.R.E. Now, where they can pledge to take responsibility for changing those stereotypes.

Eggleston Bracey also shared Dove's success with the CROWN Act, which prohibits discrimination based on hair. (CROWN is an acronym too, and stands for Create a Respectful and Open World for Natural Hair.)

Dove partnered with an alliance founded by Dove, National Urban League, Western Center on Law & Poverty and Color Of Change, and last month, the U.S. House of Representatives approved the CROWN Act of 2020.

Seven states, including California, Colorado, Virginia and New Jersey, have passed the legislation.