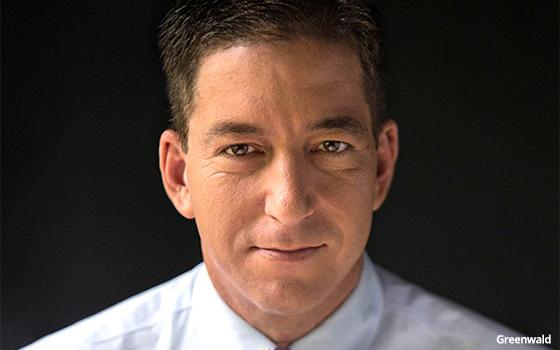 Glenn Greenwald is leaving The Intercept,the digital news site he cofounded with Laura Poitras and Jeremy Scahill in 2014.

Greenwald claims his editors "censored" an article he wrote this week about former Vice President Joe Biden and his son, Hunter Biden.

In an essay-length letter of resignation published Thursday on the newsletter publishing platform Substack, Greenwald alleges that the editors were "refusing to publish it unless I remove all sections critical of Democratic presidential candidate Joe Biden, the candidate vehemently supported by all New-York-based Intercept editors involved in this effort at suppression."

He said he had “no other choice” but to leave.

Greenwald, a seasoned national security journalist and former Guardian US reporter, sent a separate resignation email to Michael Bloom, president of First Look Media, which owns The Intercept, and Betsy Reed, editor in chief of the publication.

A statement published by The Intercept’s editors accused Greenwald’s "narrative" of "teeming with distortions and inaccuracies — all of them designed to make him appear a victim, rather than a grown person throwing a tantrum."

The statement says Greenwald "demands the absolute right to determine what he will publish," and that he believes that "anyone who disagrees with him is corrupt, and anyone who presumes to edit him is a censor."

"We have the greatest respect for the journalist Glenn Greenwald used to be, and we remain proud of much of the work we did with him over the past six years,” reads the statement.

"It is Glenn who has strayed from his original journalistic roots, not the Intercept."

Greenwald published the Biden article on his own on Substack later in the day, as well as emails he claims reveal The Intercept editors censored his reporting.

In his resignation announcement, Greenwald said he will continue to publish on Substack.