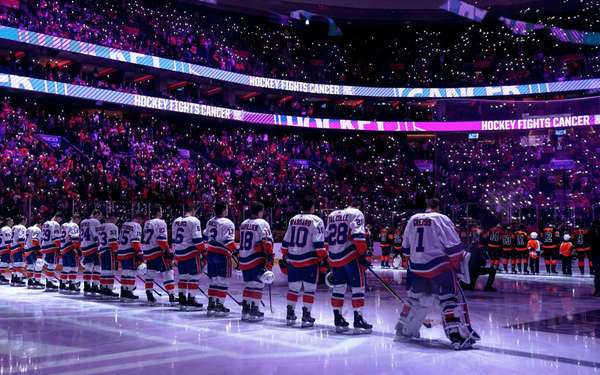 The campaign unites the hockey community in support of people impacted by cancer and will feature stories and conversations from those around the League  including the stories of late Hockey Hall of Famer Dale Hawerchuk, Philadelphia Flyers forward Oskar Lindblom, Vegas Golden Knights defenseman Shea Theodore and Axl Quincey, son of former NHL defenseman Kyle Quincey.

Fans can get involved by sharing their stories using the hashtag #HockeyFightsCancer and by visiting HockeyFightsCancer.com to donate and download an “I Fight For” card. HFC Merchandise is available at NHLShop.com.

Lavender, the official color of Hockey Fights Cancer, represents all cancers and will be featured prominently throughout the campaign.

American Cancer Society and Canadian Cancer Society join with the league and players association for a fourth season and have committed to the next three years as official partners of Hockey Fights Cancer.

The lodges provide free housing for adult cancer patients and caregivers who live far away from the best treatment center for their disease.

Last year, more than $3.8 million in donations were raised and the Stanley Cup Hope Lodge Tour debuted, which included visits to four cities in the U.S. and Canada.