Half Of Marketers Have Contingency Plans For Post-Election 'Social Unrest' 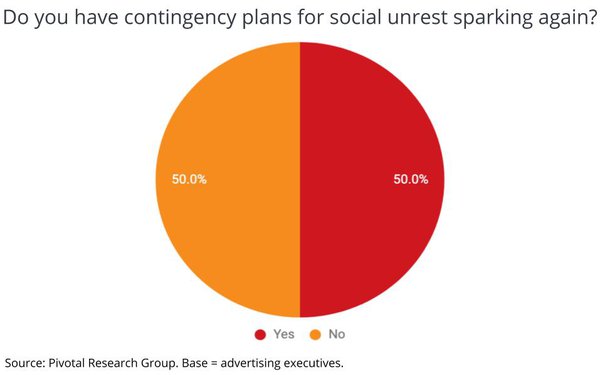 Half of advertising executives have put contingency plans in place for "social unrest" sparking again in the aftermath of the 2020 U.S. election, according to a survey conducted in October by Wall Street equity research firm Pivotal Research Group.

"We don't know yet about the results of the presidential election," Pivotal analyst Michael Levine writes in an update sent to investors, adding, "As both third quarter and fourth quarter outlooks have validated, brand advertising has had a solid rebound, and we would expect momentum to continue through year end."

That said, Levine noted that some ad executive have expressed that there could be a "return of social unrest post the election," and that some are discussing decision trees so that marketers are not caught off guard as they were in June.

According to responses from Pivotal's panel of ad executives, half say they have contingency plans in place for a new round of social unrest, and that among brand marketers, 39% would pause ad spending and tweak their creative, while 4% would cancel their fourth quarter ad spending altogether. 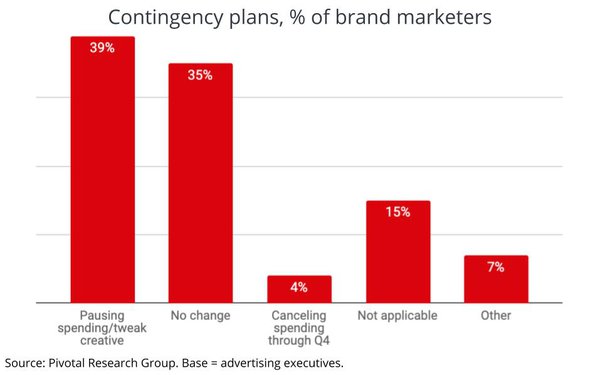