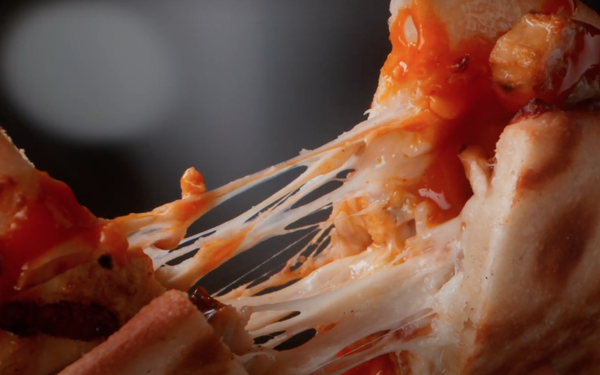 America’s still not sick of pandemic pizza. Papa John’s just announced a 24% increase in same-store sales in its third quarter, with stepped-up efforts to improve its financial performance. It’s the fifth consecutive quarter of sales gains, with some experts convinced it could outperform its competitors.

It also announced a plan to buy back $75 million in shares. “The new share repurchase program demonstrates our commitment to value creation in the near and long term, as well as our confidence in Papa John’s future,” says Rob Lynch, president and chief executive officer, in its announcement.

“The tremendous progress we have made this year -- a fast-growing customer base, a truly differentiated brand, a robust innovation pipeline and a vast global development opportunity -- positions us to continue expanding our slice of the pizza and food delivery market, which itself has a promising future.”

Oppenheimer recently upgraded the company to an “outperform” rating and says the market is undervaluing the strategic changes underway at the company.

The company’s strong sales record is a big part of the story. The company’s “franchise system is enjoying all-time high per-unit sales and cash flow with attractive 3-year paybacks,” writes Brian Bittner, who covers the company for Oppenheimer. “We forecast accelerating unit growth internationally and domestically beginning in 2021.”

And while it’s likely people will begin to scale back a bit on pizza as more dining options open back up, Bittner thinks some experts are overestimating that possibility. “We believe the market overly discounts the potential loss of COVID-era financial gains, discredits new management’s operational playbook and underappreciates catalysts for a powerful unit growth cycle.”

Deutsche Bank, which also just upgraded Papa John's and recommends it as a buy, agrees that fears of "COVID compares" may be overblown. "While this fear is very logical," writes Brian Mullan, an analyst who follows the stock for Deutsche Bank, "this dynamic is also at least partially already reflected in consensus estimates. And while we're not predicting it, the potential does exist for Papa John's to do even better.