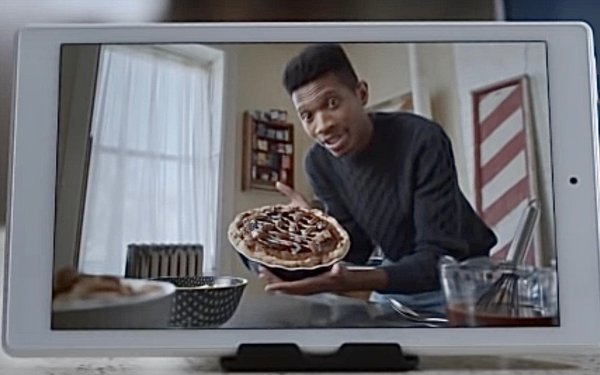 Century-old Fisher Nuts wants to raise its profile with younger consumers through a combination of recipes, ecommerce and emotional depictions of how cooking brings people together.

Despite the brand’s age, Fisher’s household penetration in the recipes and nuts category is less than 50%, according to vice president of marketing John Goetter, who joined Fisher parent John B. Sanfilippo & Son in June.

“A big gap that we see in our recipe nut business is that we’re not bringing in as many millennials and Gen Z consumers,” Goetter tells Marketing Daily.

The company’s deep roots in cooking and baking mean “we can be the ones to actually teach new generations and drive the category” by promoting recipes “that remove younger consumers’ nervousness around cooking with nuts.”

The emotional component is conveyed in the “Fisher Together” campaign from the Blue Chip agency.

In this spot, a grandmother recalls baking a pecan brownie pie with her young grandson—an older version of whom then appears in a video call seeking approval of his latest iteration of the pie.

Although the video interaction reflects the realities of COVID-19, the commercial would have been relevant without the pandemic, according to Blue Chip vice president and group creative director Joel Walker.

“This was more about telling a universal story, which is that people connect over food and making food together,” says Walker. “So that core connection at the heart of the spot between grandma and grandson shouldn’t just feel like today. It should feel like forever. It’s timeless, but with a twist of the times.”

The campaign includes a “holiday challenge” with ads on Facebook, Instagram and Pinterest inviting people to make a recipe, pack it safely and deliver it to a friend, family member or loved one. For each such documented action posted with the hashtag #FisherTogether, the brand is donating $30 to Meals on Wheels.

“Very few brands know the power of connection and food better than Meals on Wheels, so it’s a very gratifying partner to have in this context and for this campaign,” says Goetter.