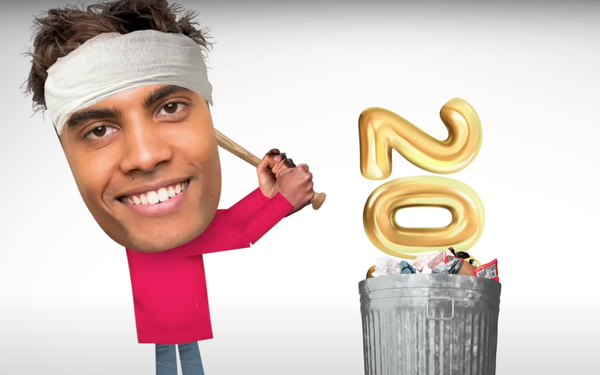 It's been six years since JibJab blessed social media with one of its musical "year-in-review" videos. But its creative team decided that the long nightmare known as 2020 needed a fiery goodbye.

So the social-content producer is rolling out "2020, you've got to go." It touches the low-and-then-lower points of 2020: COVID-19, politics, the Tiger King, toilet paper shortages, Brexit and the deaths of NBA great Kobe Bryant, actor Chadwick Boseman and Justice Ruth Bader Ginsberg.

"I've always loved the year-in-review," says Mauro Gatti, JibJab’s chief creative officer. "It's just a magical thing to look back on the good and bad moments through a satirical lens. And laughing is the best medicine, so we really needed to bring it back this year."

JibJab's e-greeting cards have been generating buzz for years. Readers of a certain age may remember when videos like "Elf dance" seemed like the coolest thing on the net. When it launched "This Land" and "Good to Be in DC," both 2004 election parodies, the company says it accumulated a combined 80 million views between July and November on the brand's website. (YouTube wasn't launched until 2005.)

Interestingly, YouTube announced back in November that it would skip its Rewind video, a year-in-review video it's done since 2010. "2020 has been different," it said in its announcement. "It doesn't feel right to carry on as if it were the same."

Gatti says today's environment is very different. In a sense, everyone is a social-media creator, uploading their own videos, GIFs and memes. That's changed the company's focus.

"The answer lies in the quality of the content," he tells Marketing Daily. In an era when so much social-media content is available for free, "ours needs to have noticeable high production values."

The video took between five and six people (him included) working for several months. People can enjoy it free on YouTube or go to JibJab's site and pay to have a version using their own photos.

"We're all so used to just grabbing the first GIF we find on our phone, but people know those images are forgotten in a split second," he says. "We try and make sure our products give users a chance to share laughs and happiness with their loved ones that are more memorable."

holiday
3 comments about "JibJab's Had It: '2020, You've Got to Go!'".
Check to receive email when comments are posted.
Read more comments >
Next story loading