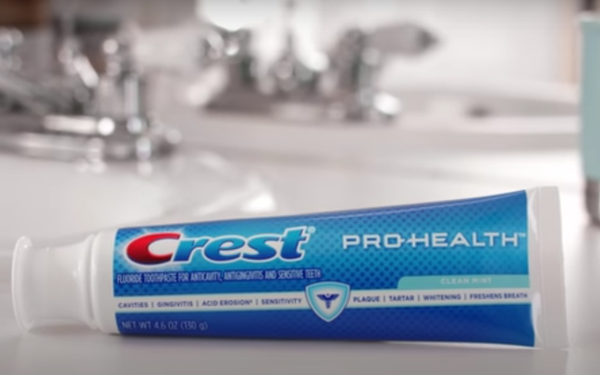 The new packaging matches a similar move in June 2019 by Colgate and Tom’s of Maine, a brand in which Colgate-Palmolive has an 84% ownership stake. Colgate started its conversion with Tom’s, and like P&G hopes to sell all its toothpaste in recyclable tubes by 2025.

At the time Colgate revealed its new tube, Justin Skala, a Colgate-Palmolive executive vice president, said once it was sure consumers were accepting the new packaging, “we intend to offer the technology to the makers of plastic tubes for all kinds of products. By encouraging others to use this technology, we can have an even bigger impact and increase the long-term market viability of this solution.” Colgate said it took five years to perfect its tube.

P&G indicated it appreciated the  hands-across-the-water gesture. “By working together and creating a steady supply of high quality recycled material, we can unlock its value and create more of a ‘demand-pull,’” said Brent Heist, a veteran P&G engineer, in a statement last November.

But akin to the old “Does Macy’s tell Gimbel’s?” saying, referring to the unlikely possibility two competing New York department stores would ever help each other, did Colgate help its rival develop its new tube?

P&G spokeswoman said, “While our destination is the same, HDPE [high-density polyethylene] tubes, the material and laminate design for Crest is different.  Our initial launch supplier, Albea, has developed their own HDPE tube solution that we are using for the start of this transition in the U.S.” French cosmetic packaging giant Albéa is providing its proprietary Greenleaf Generation 2 tube technology.

P&G said it’s in discussions with several HDPE tube makers to produce packaging. Its Ambition 2030 commits to achieving 100% recyclable or reusable packaging by that time.

Toothpaste tubes are a tricky packaging piece, typically constructed with sheets of plastic laminates and a thin layer of aluminum that protects the paste’s flavor and fluoride. But all those types of laminates and the aluminum in one compact package makes it  impossible to recycle.

Colgate explained it combined different grades of HDPE -- consumers know it as “Number 2” plastic -- that resulted in a material flexible enough for consumers to squeeze but sturdy enough to be stuffed with toothpaste on a production line.

Based on Crest’s press release, it appears the brand did some version of that, too.

The Colgate tube is the first to be recognized as recyclable by the Association of Plastic Recyclers) and RecyClass, an initiative that sets recyclability standards for North America and Europe. Likewise, P&G’s tube is also  certified by North American and European recycling bodies to be compatible with  existing recycling technologies.