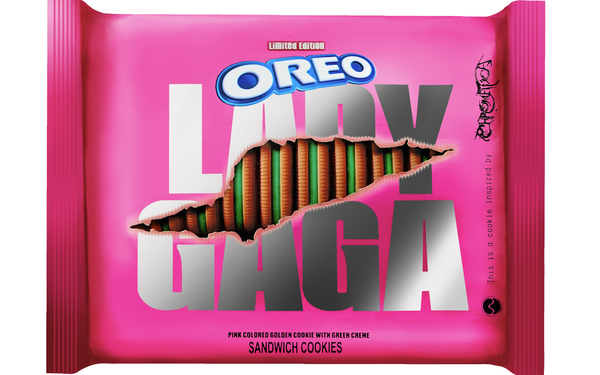 Oreo cookies is launching a variation in January named after “Chromatica,” the latest album from pop singer Lady Gaga—with whom the brand has formed a multifaceted, music-centric relationship.

Fan engagement and the chance to win a concert meet-and-greet with Lady Gaga are key elements of the initiative from the Mondelez brand.

Things kicked off on Wednesday, with Lady Gaga posting a video on Instagram showing her sampling her namesake snacks in the company of her French bulldog Koji. The first 1,000 people who visited the new Lady Gaga x Oreo Stan Club (a metric that’s already been reached, according to the website) will be the first to get the new cookies.

Things ramp up on Dec. 15 via the Sing It With Oreo online platform. Fans will be encouraged via social media to “spread musical kindness” by recording so-called Oreograms and sharing them with others.

Sing It With Oreo can be accessed directly or by scanning a QR code on specially marked original Oreos packages and those containing the Chromatica version. Anyone can record their own voice or select a preecorded message from Lady Gaga.

Sharing the musical messages qualifies fans to enter a sweepstakes for the chance to win Lady Gaga merchandise, a single, grand-prize concert visit to meet the star herself and concert attendance for 10 other prize winners.

“Music can express what people may want to say in a way that words simply can’t, which is why Oreo is teaming up with Lady Gaga to encourage people to lift others up by sharing words of kindness in a cheerful, musical way,” an Oreo rep tells Marketing Daily.

Oreo also will sponsor Lady Gaga’s Born This Way Foundation, which the singer founded in 2012 with her mother, Cynthia Germanotta. The nonprofit assists people with mental health and other issues.