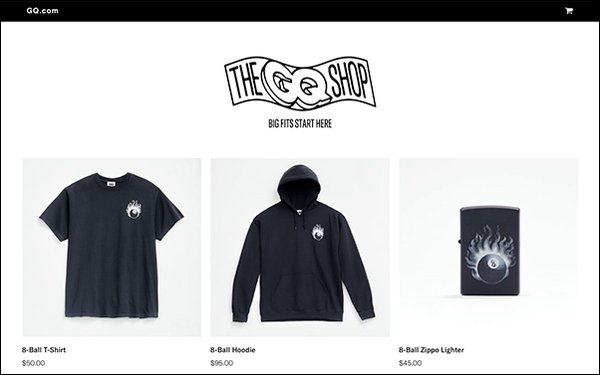 A new batch of merchandise has dropped at GQ’s ecommerce destination, GQ Shop, including exclusive accessories such as a bandana, jewelry and a Zippo lighter.

“The only rule for the stuff we’re making is: It has to be awesome,” stated GQ editor in chief Will Welch, in an editors’ post on the GQ website introducing the new products.

“We’re not going to make something we don’t want to wear ourselves.”

The new items include a $175 handmade, GQ-branded sterling silver signet ring (made with jeweler The Great Frog), as well as a $45 matte black Zippo lighter, a $25 limited-edition Nalgene water bottle and a $95 GQ hoodie.

“For the first drop, we worked with the likes of Larry David and Online Ceramics, and this time, it’s brands that we all swear by: Nalgene, Zippo and The Great Frog,” Welch stated. The first batch of products at GQ Shopdropped in August.

“We wanted to keep the price within reach for our readers,” he added.

The hoodie and matching T-shirt were designed by GQ design director Keir Novesky to fit the vibe of the print magazine, which is “black-and-white and super energetic and feels very modern,” according to Welch.

GQ’s editors added in the post: “Inspired by the cosmic grunge of ’90s head-shop iconography, the hoodie features downright tattooable 8-Ball logos on the front and back — the kind of thing you’d find if you were searching for your favorite magazine in 1996 and ducked into a smoke store instead of a newsstand.

The pattern of the bandana was adapted by executive design director Rob Vargas from GQ’s May 2020 Kanye West cover story opener art.

“When we’re deciding what to design for each merch drop, we go really far out with new ideas, but also reinterpret designs we made for the magazine,” Vargas stated.