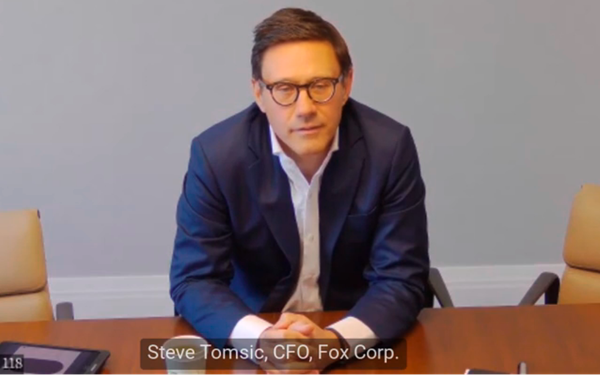 It took Fox News Channel $1 billion “in cash burn” to get to profitability, Fox Corp. CFO Steve Tomsic disclosed during an investors conference this week, adding that following a banner year of political ad spending it has a “fortress” that can sustain virtually any future, including potential threats from extreme right-wing news services like OAN and Newsmax.

“We have written close to $400 million” in political advertising sales between January and November 2020, Tomsic disclosed during this week’s UBS media investors conference, adding that beat the channel’s previous record -- the 2018 mid-term elections ad sales -- “comfortably.”

And noting that the channel “just closed November” with its 53rd consecutive month as the highest-rated cable network, he said the company is feeling pretty confident for the near and long-term future, despite noise being made about challenges from potentially competitive rivals like OAN and Newsmax.

“We don’t have a hubris bone in our body,” he said, adding that Fox management “doesn’t take lightly” the prospects of new challengers, but citing Fox News’ $1 billion burn rate to profitability, he said it takes more than “two or three talking heads to go head-to-head with ours.”

“We think we’ve got a business that has withstood the test of time,” he asserted, adding, “We feel super confident about fox news being abel to compete going forward.”

And while he said Fox News, as well as Fox’s local broadcast station newscasts, anticipate ratings declining after an epic election season, he predicted Fox will continue to maintain or even grow its share of the available audience next year.