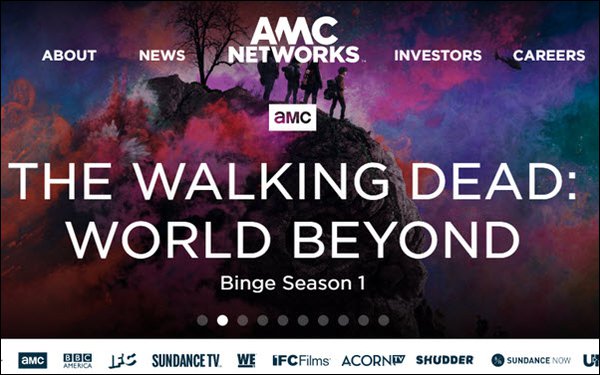 The AMC Presents channel offers AMC Networks series including “The Walking Dead,” “Turn,” “Halt and Catch Fire,” “Rectify,” “Making of the Mob,” “Into the Badlands,” plus movies and unscripted originals.

“The arrival of our programming on the Samsung platform is the continuation of a strategy we embarked upon earlier this year to make our shows available to viewers and our advertising partners wherever they want to access them,” stated Evan Adlman, senior vice president of advanced advertising and digital ad sales for AMC Networks. “Samsung is a potent and meaningful addition to AMCN Digital, our free, ad-supported programming strategy.”

AMC said it plans to add more channels to Samsung TV Plus in 2021.

Samsung TV Plus offers access to some 160 free channels. In addition to being pre-installed on the brand’s 2016 through 2020 smart TVs, it can be downloaded from the Galaxy Store and Google Play for use on several Galaxy smartphone models.