The Eyes Have It: New Revlon CMO On Mask-Friendly Trends 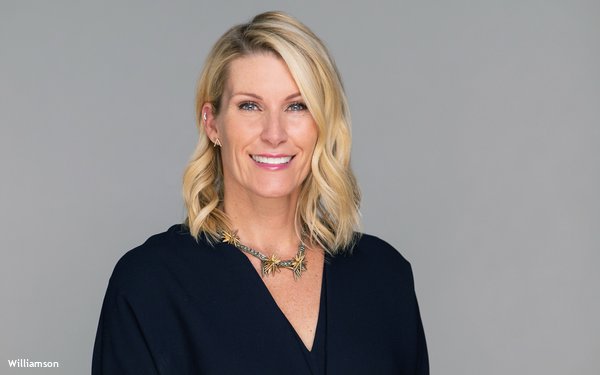 Martine Williamson is rejoining Revlon, back this time as the new chief marketing officer.

As the company continues its efforts to bounce back from a punishing environment, it is focusing on significant changes in beauty consumers, she says.

"Almost overnight, shoppers moved online, and, more subtly, we're seeing a blurring of the line between the mass and luxury channels. We're also seeing an exciting shift in consumers' willingness to be experimental with their beauty routines: bolder eye looks, since that's the only part of your face that's seen," she tells Marketing Daily via email.

The boldness extends to at-home nail and hair coloring, too. "I colored my daughter's hair pink," she says. Skincare and at-home pampering products are also important.

In her new role, she will spearhead global strategic plans across the brand portfolio, reporting to Revlon's president and CEO, Debra Perelman.

Williamson also served as CMO of Glansaol, a beauty start-up. And from 2001 to 2015, she held various marketing jobs at Revlon, leaving as senior vice president of global marketing. (She admits to a decades-long love for Cherries in the Snow, one of the brand's oldest, reddest lipsticks.)

The company is struggling to find a foothold in the beauty landscape at a time when overall sales of color cosmetics continue to decline. And it is still wrestling with large debts related to its 2016 purchase of Elizabeth Arden.

Last month, it reported third-quarter sales of $477.1 million, a 20.1% drop from $596.8 million during the prior-year period, which represented an improvement from previous declines. It trimmed its operating losses to $9.7 million, compared to $16.7 million in the comparable period a year ago.

Digital sales grew 13%. And while the company is putting plenty of emphasis on ecommerce, "we still believe retail is critical," Williamson says, "with customers still craving an 'experience’ and the ability to interact with brands and products."

Standard & Poor's recently gave Revlon a slight upgrade in its credit rating, but remains pessimistic about the company. "The negative outlook reflects our view of the company's unsustainable capital structure and heavy debt service burden and our belief that Revlon could default on its debt obligations in the upcoming quarters."