'Watch' Out: This New Escapist TV Show Is A Waste Of Time 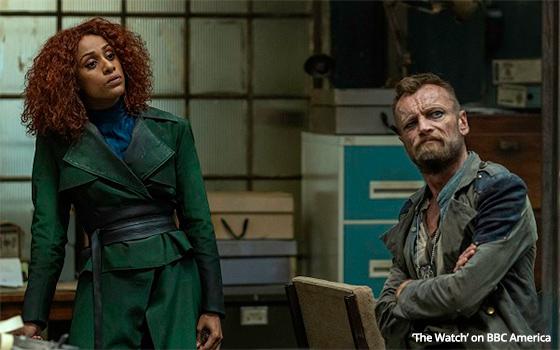 People talk about escapist entertainment as if it is a necessity in times of crisis.

You hear this all the time. Whether it is a frothy movie musical released in the depths of the Depression of the 1930s or a fantasy soap opera-ish movie or TV series set in outer space that bears no resemblance to the real world, it is often implied that humankind requires mindless entertainment to provide an escape hatch from the world's ills.

This concept is debatable. Plenty of people probably find it possible to bear up under the pressures of our modern world without having to resort to watching the latest sci-fi, comic-book-derived gobbledygook that comes along on television or in the movies.

Sometimes it feels as if these kinds of TV shows do not really serve a distinct purpose such as escapism anyway. My long career of watching television for a living has taught me that so much TV we try to explain away as “escapism” or a “guilty pleasure” is really just a means for many of us to waste time and/or procrastinate.

This is one way to assess the relative usefulness of the first one-hour drama series to premiere in the new year. The show, titled “The Watch,” premieres on BBC America on Sunday, January 3.

For this is one show that says “waste of time” all over it. Indeed, unless one is faced with a great void in one’s life, or so bored beyond belief that there is simply nothing else that can be done between 8 p.m. and 9 p.m. (Eastern time) on that date, then and only then should one take up the hour watching “The Watch.”

The show is one of those graphic-novel-like representations of some future or parallel world in which civilization is decidedly down in the dumps. The “Watch” of the title is the name of the nominal police force that lazily pretends to keep order in some fictional city somewhere.

One reason the law enforcers of “The Watch” are so ambivalent about their work is that for the most part, most of the behaviors that we here in the real world still categorize as crimes have been legalized in the world depicted in the show.

Like the legalization of gambling and marijuana in parts of our own country, crimes such as thievery and homicide are now committed “legally” under the supervision of a code of laws that has set various restrictions and quotas on these activities.

These laws resulted from a previous era in which crime had become so rampant that the government and its law enforcement agencies simply could not contain it, except through a process of legalization.

But fear not. “The Watch” is not some kind of satire or commentary on our current world and its marijuana laws. It is much less than that.

Instead, the show has its own story to tell about the band of misfits who comprise a particular unit of “The Watch” -- their backstories, their motivations, their shifting loyalties and even their secret powers.

Indeed, one young woman on the team is actually a werewolf. But, I asked myself while watching the first episode of the show, if she is a werewolf, then why does she wear eye makeup that makes her look like a raccoon? The episode provided no answer.

I stuck around through the entire episode, however, which is more than I can say for some of the shows I watched and reviewed in 2020.

legal, television
1 comment about "'Watch' Out: This New Escapist TV Show Is A Waste Of Time".
Check to receive email when comments are posted.
Next story loading