The Dawning Of The Age Of Aquarius 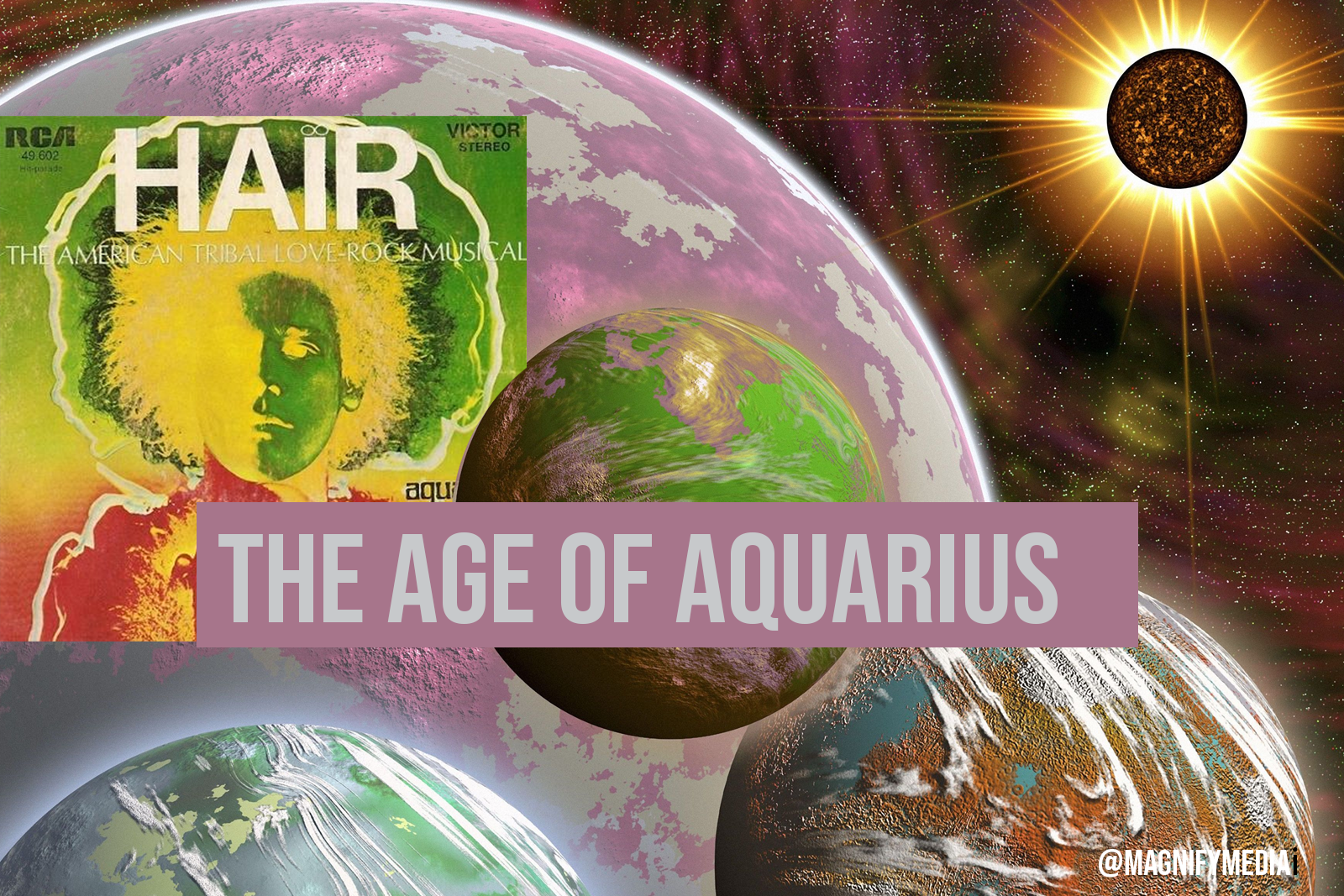 On Monday Jupiter and Saturn will appear to align in the southwest sky in the northern hemisphere.

If you look up into the night sky, you might just be able to see it.

Monday is an important day.

It's the winter solstice, the shortest day of the year. So, days get longer on Tuesday.

But the so-called Great Conjunction is more than an astronomical event. It’s an astrological one as well.

It’s the dawning of the Age of Aquarius. Let’s pause here for a brief introduction from the Fifth Dimension, performing “Aquarius -- Let The Sunshine In.” Please feel free to sing along with this blogpost if you so desire.

So, what does this mean for you, my reader, hoping for 2021 to bring new consciousness and new hope to a weary world? Plenty, as it turns out.

But first, the astronomy. When astronomer Galileo Galilei pointed his telescope to the night sky in 1623, Jupiter and Saturn were seen to travel together across the night sky. Jupiter caught up with and passed Saturn, and this astronomical event was dubbed the “Great Conjunction.” It was an astronomical once-in-a-lifetime event. And on Monday, it will happen again.

Astrologists are even more excited. Because Monday is also the dawning of the Age of Aquarius, “a sign that’s all about humanitarianism, enlightenment, independence, and radical thinking.” I’m not making this up, it’s posted by the astrologist Astrea Taylor on the website Patheos.

“This shift will bring a huge influx of Aquarian energy into our lives for quite some time,” writes Astrea.

The Age of Aquarius. Let that sink in.

According to Astrea, it’s a 2,000 year astrological cycle that promises a new age on earth -- an era of humanitarianism, ideals, brotherly love, peace, visionary spirituality. But also an era of technology and science.

Some astrologers refer to this conjunction point as a “critical degree,” where old things die out and new and positive things come into being.

The song "Age of Aquarius" is etched into my brain. It's from the musical "Hair" -- a show I  may have seen on Broadway as a small child. I absolutely remember owning the cast album.

Here’s what I do know. "Hair" opened at Joseph Papp’s Public Theater in October 1967. The show opened on Broadway in April 1968 and ran for a remarkable 1,750 performances.

The Fifth Dimension’s version of the song “Aquarius” won both a Grammy for Record of the Year and Best Pop Vocal in 1970. The original Broadway cast recording (that I owned) sold nearly three million copies in 1969.

But then, a twist. The song was used on November 3, 2016 to accompany the entrance of Melania Trump to a rally in Berwyn, Pennsylvania. CNN had a clip of the song’s unauthorized use on-air back in 2016.

Among the lyrics, in case you don't have them burned into your brain as I do: Harmony and understanding, sympathy and trust abounding. No more falsehoods or derisions, golden living dreams of visions. Mystic crystal revelation, and the mind's true liberation. Aquarius. Aquarius.

So, at the very least, someone from Melania’s advance team has a sense of humor.

But the songwriters of Hair" didn’t appreciate the joke. James Rado, Galt MacDermot, and the estate of Gerome Ragni demanded that the song not be used again for Trump's campaign. Citing the lyric “harmony and understanding, sympathy and trust abounding,” Rado said, “The Trump political campaign is a far cry from the utopian vision of the new Aquarian age. We want to make sure they discontinue using the song.” So, there is that. LINK:

So, just to review  Monday the stars align, the age of Aquarius begins, and there are 29 days until Trump leaves office.

So, no more falsehoods or derisions --If you believe the words from the original cast recording of "Hair."