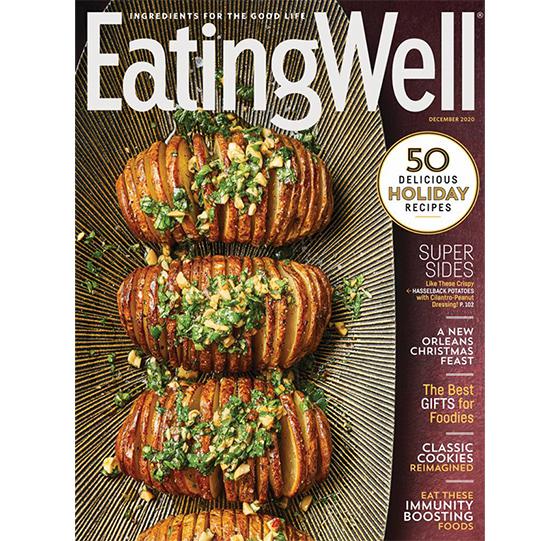 Ad revenue for the December issue of Meredith Corp.’s food and wellness brand EatingWell is up 38% from last year.

EatingWell's total print advertising revenue for fourth-quarter 2020 is up 10% year-over-year.

New advertisers contributed to EatingWell’s print ad revenue growth in Q4, according to the company, including Aveeno, Bosch, Delta Faucets, Four Seasons Hotels & Resorts and Nespresso, among others.

EatingWell print magazine subscriptions purchased online were up 61% in 2020, compared to last year. (That's year-to-date from January to November.)

Tiffany Ehasz, publisher of EatingWell, noted consumers are seeking out recipes and information on topics such as food, wellness, sustainability and giving back, "particularly during these times.”

In the past year, EatingWell launched two magazine columns and expanded its coverage of beauty, celebrities and kitchen renovations.

In early 2021, EatingWell will debut a themed “What’s Next” issue that will examine recent innovations in food.

In February, the brand will introduce “The Real Cost of Healthy Food,” a print and online feature that examines how race and income inequality affect access to healthy food and health.

EatingWell is published 10 times a year, with a rate base of nearly 2 million.