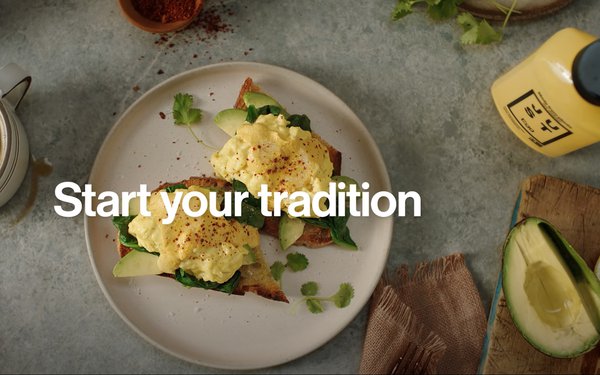 If you planned on making a plant-based version of a holiday recipe this year, chances are you’re a millennial.

Baby boomers just aren’t as ready as the 24-39 age cohort to go down that particular garden path, according to a November study for JUST Egg.

The survey of 1,000 millennials and 1,000 boomers fielded Nov. 23-24 by OnePoll aimed to determine whether accepting plant-based foods for the holidays conflicts with the tradition of handing down recipes from one generation to another.

More than 40% of boomers said their children eat differently now compared to when they were young. And 61% of millennial respondents said their parents simply refuse to change their ways, specifically their diets, according to the survey.

Nearly 70% of millennials said their parents’ diet choices concern them.

“Half of baby boomers said they will prepare at least one plant-based version of a holiday dish this year, while 45% of millennials plan to serve 5–9 plant-based dishes this holiday season,” JUST Egg parent Eat Just Inc. said in a blog post.

Cue the new “Start Your Tradition” campaign from JUST Egg, the “reimagined” egg created from the mung legume.

Looking back in time, the 30-second spot opens with a woman picking up an egg, before the camera cuts to a finished plate of egg Florentine while the cook writes down the recipe.

As the recipe changes hands over time, eggs end up getting crossed off the list of ingredients and replaced by JUST Egg.

Along with the holiday campaign, JUST Egg has recruited a new crop of well-known athlete endorsers.

An Eat Just rep tells Marketing Daily that while the company does not specifically target boomers with ads, “they’re certainly a demographic we’re courting in our digital efforts.”