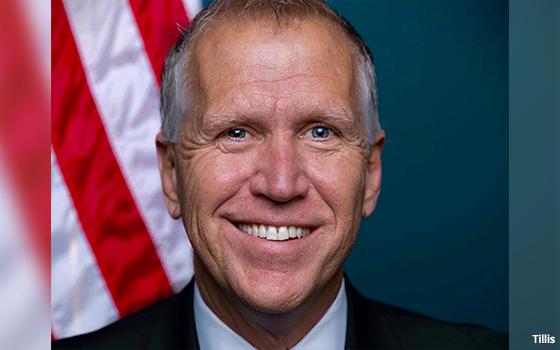 A Republican lawmaker is floating a plan to revise copyright enforcement, requiring tech companies to take a more active role in policing their sites for piracy by users.

“Copyright law today is ill-suited for the needs of most copyright owners and individual users,” Sen. Thom Tillis (R-NC) stated Tuesday, when he released a discussion draft of his proposed Digital Copyright Act.

One of the key sections of his proposal would replace the current “notice-and-takedown” regime for online copyright enforcement with what Tillis calls a “notice-and-staydown” system.

Companies are eligible for “safe harbor” protection as long as they remove specific material at the request of its owner. That system typically requires content owners to provide web companies with the precise URL they want removed -- which means content owners might send takedown notices each time the material is uploaded, either by the same user, or by multiple users.

Some large companies use filters or other technological measures to block particular content from being uploaded, but the current law doesn't require tech companies to use those technological systems.

Tillis's proposal would require online service providers to take a more active role in monitoring their sites for copyright infringement, in order to be eligible for the safe harbors. Among other requirements, the proposal would obligate companies to adhere to a set of best practices -- to be determined by the Copyright Office and the National Telecommunications and Information Administration -- to be eligible for safe harbor defenses.

The discussion draft has already drawn opposition from digital rights groups like the Electronic Frontier Foundation, which calls the proposal “disastrous.”

“The bill, if passed, would absolutely devastate the Internet,” the organization writes.

“This draft bill contains so many hoops and new regulations that the only Internet companies that will be able to keep up and keep on the 'right' side of the law will be the Big Tech companies, who already have the resources and, frankly, the money to do so,” the group writes. “Unless we stop this proposal, DMCA reform will crush huge swaths of online expression and innovation, not to mention the competition we need to develop alternatives to the largest platforms.”

Public Knowledge adds that the current version of the bill “would significantly curtail online speech, subjecting every upload to mandatory content filtering while effectively eliminating fair use on the internet.”

But some organizations that represent content owners, including the Recording Industry Association of America, praised the proposal.

“It is long past time to restore the balance that was originally intended by Congress in which rightsholders and Internet platforms work together to promote fairness and efficiency in the digital distribution of copyrighted works," the organizations stated this week.

Tillis is currently accepting comments on the proposed bill, and plans to release a revised draft in April.