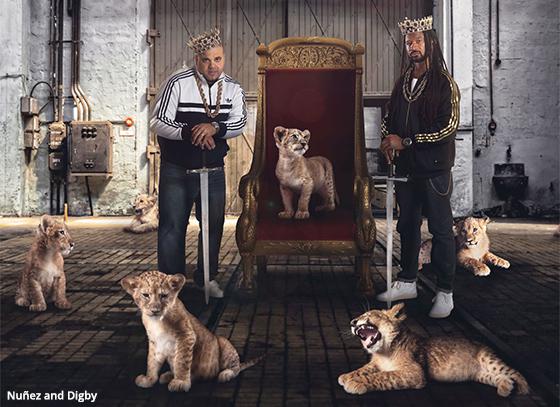 Two industry veterans, Ramon “Ra” Nuñez and Jerry Digby, are uniting to launch what they call the first Black and Latino-owned production house working for major agencies and brands.

Baby Lion Media will offer production and post capabilities encompassing online and traditional commercials, branded content and related services. Much of the work will be produced in collaboration with its Buenos Aires-based digital partner, Ketama Collective.

Baby Lion’s two founders each bring 20 years’ experience in making ad content, with resumes that include tenures with major agencies and production houses and show reels full of ads and campaigns for global brands.

Most recently, Nunez was director of production for The Community, and before that he was a senior integrated producer for CP+B.

Digby is a filmmaker and artist whose creative portfolio includes work as a photographer, animator and designer.

“We see ourselves as culturally fluid, which is a particularly valuable quality to own in this era of heightened sensitivity to a message’s style and tone,” says Digby. ”Consumers and brands alike are demanding that our industry reflects society. And diversity is in Baby Lion’s DNA.”

The company has completed several projects including a multicultural Google campaign out of the Miami-based boutique Lovers Not Haters (directed by Gracia), for which it handled all of the production, animation and post.

The shop also produced a digital anti-poverty experience, “A Closer Look,” for the United Way of Greater Portland, which it co-created with The VIA Agency.