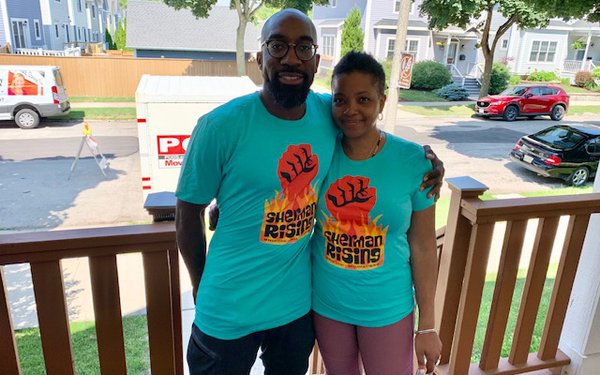 In a year of widespread economic disruption, it’s gratifying that the #1 CPG FYI column by readership in 2020 was about entrepreneurs.

When it comes to small-business empowerment, PepsiCo stands out from many big CPG marketers. Our #1-ranked story about Shindig's JoAnne and Maanaan Sabir was just one case in point. The Milwaukee couple had been chosen as one of 10 emerging food and beverage brands to participate in PepsiCo’s North America Greenhouse program and given a $20,000 grant—along with corporate mentoring in a walkup to bigger distribution for their line of juices.

At #2 was a column about IRI’s New Product Pacesetters for the year 2019. Based on the research firm’s methodology for tracking new products, four of the top 10 were beverages: Bang energy drinks, Gatorade G Zero, PepsiCo’s Bubly sparkling water and Corona Premier beer. It will be interesting to see how beverages fare in IRI’s 2020 Pacesetter stats, given the pandemic’s impact on foot traffic to retail stores, restaurants and other venues.

Coca-Cola had a particularly challenging 2020, as partially documented in the third best-read CPG FYI column that also featured the beverage giant’s first global ad campaign since the onset of COVID-19. Titled “The Great Meal,” the campaign video conveyed the importance of “a shared meal and a shared experience around the globe” at a time when Coca-Cola itself was embarking on a massive corporate restructuring. Going forward, sharing should be a key component of the outcome for the ultimate winners of the company’s ongoing creative and media account review.

Story #4 was another research deep-dive—this time about how coffee consumption has shifted to at-home occasions given remote work routines, based on data from research provider Mintel. Turns out home-grown baristas were seeking new ways of making caffeine occasions more suited to their altered consumption habits. People were either trading up or down price-wise—with older, legacy brands floating somewhere in the middle.

Halfway through the top 10 list was an update on the Celsius energy drink brand. CEO John Fieldly related how the now-well-worn word “pivot” applied to the brand’s shift from experiential, offline marketing to online events. While its gym and fitness club exposure had been put on hold, Celsius launched in more than 1,500 Walmart stores in its fiscal quarter ended March 31—a period in which North America revenue rose 70%.

Yet more consumer research—this one focusing on the “generation of contradiction” that is GenZ—helped to push a column highlighting insights from global consultancy EY to the #6 position. One of the more useful takeaways was that those born between 1997 and 2007 aren’t one homogeneous mass of young consumers endlessly promoting themselves on social media. And when it comes to aligning brands with purpose, GenZ is “continually a bit cynical and skeptical,” explained EY Americas consumer products leader Jonathan Philips.

Story #7 chronicled the progress of the 2015 snacks startup brand Whisps—which are crisps made from cheese. The backstory included the brand’s first $1 million-plus month of sales on Amazon and how its packaging and marketing focused on flavors as opposed to high protein, low carbs, zero sugar, gluten-free and keto-friendly—bases that Whips just happens to cover as well.

King Arthur Flour’s transformation to King Arthur Baking Co. landed in the #8 position. The 230-year-old brand had long contemplated upgrading its positioning and decided to move ahead given the pandemic’s effect on increased home baking and cooking. Among other, yes, pivots, the company had successfully begun to produce and ship a three-pound bag of flour for D2C sales at a time when production facilities were stressed to the max, to say the least.

Full-spectrum hemp-oil marketer Functional Remedies and its rebranded Synchronicity product line was the focus of the 9th best-read story of the year. What made it particularly enjoyable was the involvement of advertising industry veteran Tom Carroll in helping the company re-envision itself. In a year when regulatory authorities had their hands full chasing CBD companies claiming their products could prevent or cure COVID-19, Functional was a breath of fresh air in the complicated and far-from-settled CBD space as regards product health claims.

Finally, there were crickets (as in bugs) as protein-bar ingredients—courtesy of Exo Protein and two college students who had started ordering crickets on the Internet and using them to replace whey. They had figured out how produce crickets at roughly half the time it takes in the wild, and were intent on educating consumers to look beyond the yuk factor for the sake of personal health and environmental sustainability. Placing #10 is certainly something to chirp about.