Creative Agency of the Year: The Lincoln Project 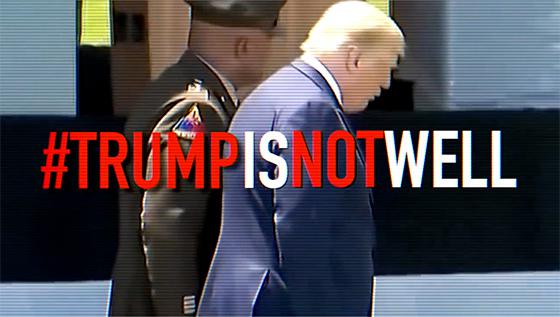 At a time when advertising’s effectiveness is called into question by both industry insiders and those watching from the sidelines, the Lincoln Project (LP) serves as a perfect case study attesting to not only the essential need for creative messaging but how a group of talented individuals under one mission can join forces to change the world (or convince voters not to “buy” a candidate).

The Lincoln Project may be best described as an ad agency disguised as a PAC (Political Action Committee). Founded in late 2019 by a number of high-profile political operatives, including Rick Wilson, Reed Galen, John Weaver and Steve Schmidt, the shop called itself the most effective movement to reach and persuade Republicans to vote against President Trump.

With its stated mission to “defeat Trumpism,” LP morphed into a full-service agency, relying on creativity and media strategy — as well as donor support — to spread its message. This creative, according to founder George Conway, is designed to take advantage of Trump’s narcissistic qualities as well as his inability to take or hear criticism. As one LP tweet sums up, “The only loser is you, Donald.”

Under its barrage of nonstop creative spots, Trump was continually positioned in a negative light. More than 1.7 million viewers on YouTube watched his ego get trampled with the #TrumpIsNotWell spot that showed him walking haltingly down a ramp, all emphasized with narration “suggesting” Trump was physically unfit.

Pop culture was also utilized to gain eyeballs. The group’s ads cannily used comedy, including a popular riff on “Seinfeld,” to entertain and inform. The Seinfeld-inspired spot, titled “Trumpfeld,” incorporated canned laugh tracks as Trump spouted untrue statements, such as how his losing “was not going to happen.” He also had polls showing him winning in “every swing state.” (Added points to the spoof is the fact that Trumpworld fixture Steve Bannon earns royalties off the iconic series thanks to his advantageous financial investments.)

This creativity was then aided by savvy media investment. With almost $78 million in funding (notably, 39% came from small donors, $200 or less), LP maximized its ad budget by leveraging free media. Trump naturally was always able to obtain massive press coverage, but LP similarly achieved viral success as well. In addition to its massive social media footprint, accrued through years of networking and relationships, the vast majority of ads soared in views as people passed them along and they endlessly replayed for free on major networks.

LP also wisely analyzed data to maximize its allocation to spend only where necessary. In addition to targeting the Washington media market and thus Trump himself, media was spent in key swing states like Wisconsin, Michigan, North Carolina and Pennsylvania. Their data recognized they were most likely to influence college-educated suburban women and older men.

This isn’t to say everything LP does turns into gold. There have been some controversies and blowback. Several Republicans attacked the group for pushing conservatives to embrace the “socialist, anarchist agenda of the radical left.” The FEC report also disclosed many sub-vendor companies receiving money from the group were affiliated with top LP leaders.

LP is not done yet. Trump’s inability to concede has them rethinking their playbook and gearing up for another battle. This month, LP sent an email to supporters pledging “We will do everything in our power to ensure he never steps foot in the White House again.” It adds, “We guarantee that if Trump decides to run again and continue to pollute our politics, upend our norms, and tarnish our democracy, he will have to go through us.”

8 comments about "Creative Agency of the Year: The Lincoln Project".
Check to receive email when comments are posted.
Read more comments >
Next story loading