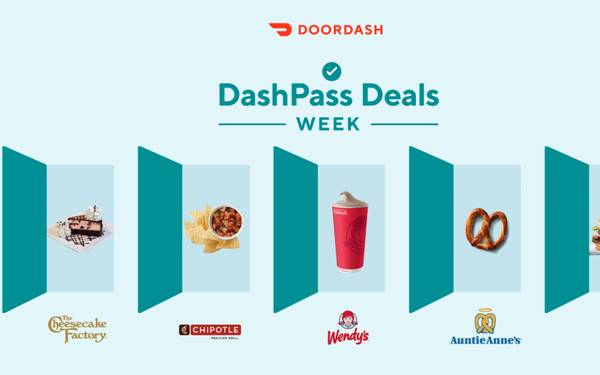 With the year 2020 marked by long-anticipated consolidation among third-party restaurant delivery services, will 2021 bring long-needed reconciliation with their drivers and the restaurant industry at large?

There are headwinds ahead for companies like DoorDash, Grubhub, Postmates and Uber Eats, as they continue growing quickly for more scale while navigating the employment status of delivery drivers and bringing more transparency to the restaurants they want to represent.

Right now, much of Wall Street loves the biggest dog—DoorDash, with about 50% of the market—as the quiet period following the company’s Dec. 9 initial public offering ended Monday. The IPO raised $3.4 billion and gave DoorDash a market valuation of $72 billion.

“Growth will slow, but we also believe food delivery is a forever-changed category and activity will remain elevated as consumers continue to value convenience and selection, and restaurants continue to value the incremental revenue stream,” JPMorgan wrote of DoorDash.

Noting plans by DoorDash to expand delivery beyond food to any and all product categories, Needham & Co. wrote, “We believe DASH's dominance of restaurants gives it both a moat and a differentiated Trojan horse to expand into other categories, which is underappreciated.”

Now for the headwinds.

A week after the DoorDash IPO, the National Restaurant Association announced that the restaurant industry and third-party delivery companies had finally “come together and agreed on a framework for their relationship.”

The framework consists of no fewer than seven “principles” that underscore the friction that exists between restaurants and delivery services.

How the principles will be ironed out—much less enforced—was not explained in a Dec. 16 NRA announcement.

“This agreement represents an important first step in an ongoing dialogue between restaurants and third-party delivery companies about ways to improve our relationship going forward,” Mike Whatley, the NRA’s vice president for state and local affairs, said in a news release.

Last fall, California mandated that third-party delivery services have stated agreements in place with merchant partners—an attempt to curb the growth strategy some services have pursued of representing merchants’ menus without their knowledge.

Postmates, which with sister company Uber Eats has roughly one-third of the delivery market, had some 40,000 California merchants on its platform in September that were not its official partners.

Aside from recruiting restaurants, the employment status of drivers as independent contractors or employees has been a vexing issue for third-party providers since their inception, one that shows little signs of abating.

DoorDash’s IPO document cites legal actions filed by “Dashers” over the past several years in multiple states and includes this caveat to investors: “If Dashers are reclassified as employees under federal or state law, our business, financial condition and results of operations would be adversely affected.”

To acquire merchants, consumers and drivers, among other activities, DoorDash said it spent $456 million in the nine months ended Sept. 30—up from $340 million in the year-earlier period.

According to Kantar, DoorDash spent $63.5 million on television ads from January through September of 2020, up from $61.3 million.

For the past year, many of the company’s commercials have communicated support for local restaurants and Dashers as a way of differentiating DoorDash from competitors.

This December spot about a father and daughter who are both Dashers emphasizes the flexibility of such work and ends by stating “91% of Dashers work fewer than 10 hours per week.” The father in the ad has a full-time job as a schoolteacher.

In late December, DoorDash brought merchant partners into a bigger spotlight with out-of-home placements in Manhattan’s Times Square and the Bay Area of San Francisco.

An exception in marketing messaging was a campaign launched Oct. 12 that touted the subscription service DashPass—a partnership with JPMorgan Chase Bank that offers unlimited deliveries from thousands of eligible restaurants with $0 delivery fees on orders over $12.