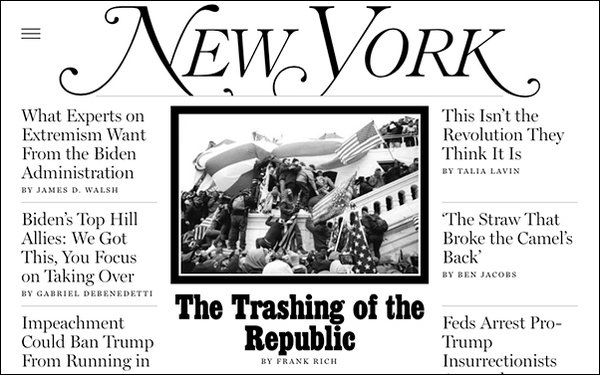 magazine has added new roles to the company: Alexis Swerdloff has been promoted to deputy editor and David Wallace-Wells to editor at large.

Swerdloff has served as the editor of New York Magazine’s shopping recommendation vertical the Strategist since 2013.
She also oversaw the relaunch of real estate site Curbed as part of New Yorklast year.

As deputy editor, she will continue to oversee the Strategist and help direct Curbed, as well as the magazine’s food coverage.
Swerdloff will also help direct and assign feature stories, guide the production of the print magazine and develop special projects, according to the publisher.

Wallace-Wells has been the magazine’s deputy editor since 2017. As editor at large, he will devote more time to writing about COVID-19 and climate change, in addition to other topics.

New York Magazine editor in chief David Haskell made the promotion announcements in a staff memo.