Yeehaw: Jolly Rancher Says It's "Time For A Flavor Ride" 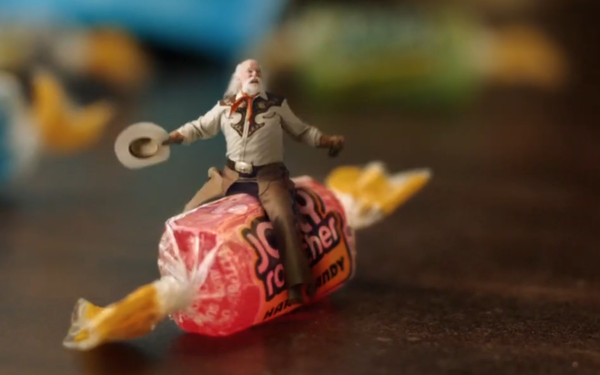 The diminutive rancher is small enough to ride a piece of Jolly Rancher Hard Candy, which he does in the spots breaking next week.

He’s is shown interrupting everyday scenarios to coax fans into taking a “flavor ride” by eating the hard candy. The Rancher, himself, goes for a literal ride each time the candy is unwrapped, sending him flying off the wrapper.

Each of the spots end with the narrator declaring,  “Time for a flavor ride!”

The campaign launches with three spots while additional components of have been developed for release throughout the year.