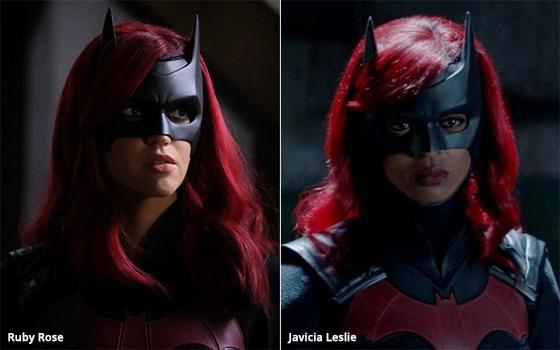 In a bygone era, a change in actresses in a prominent role on a prime-time TV show would be known by millions and in years to come, would emerge as a recurring trivia question.

Quick -- name the two “Marilyns” from “The Munsters.” OK -- Pat Priest, then Beverley Owen. How about “Becky” on “Roseanne”? Easy one: Lecy Goranson and then Sarah Chalke (and now Lecy Goranson again on “The Conners”).

This one's a golden oldie: Who played Lois Lane on the very old series “Adventures of Superman”? Answer: Phyllis Coates followed by Noel Neill. OK, that was a hard one.

Here's one I always liked: The character of Lionel Jefferson on “All in the Family” and “The Jeffersons” was first played by Mike Evans, then Damon Evans and then Mike Evans again. These Evanses were not related.

The point is (if there is a point), is that changing an actor or actress in mid-series in a prominent role is a time-honored tradition in network television.

The tradition continues this coming Sunday night when “Batwoman” returns for a second season on The CW with a new actress in the title role. That's her in the right-hand photo above.

She is Javicia Leslie. And beside her is Ruby Rose, the actress who played Batwoman last year in the show’s first season, but for various reasons decided she didn't feel like continuing. As a result, the role was recast.

In days of old, audiences were simply expected to accept the new actor or actress in the role, and not question why, say, Marilyn Munster was suddenly a different person.

The way “Batwoman” is handling it represents a departure from tradition. Instead of simply placing its new lead actress in her Batwoman suit and just continuing with the storyline from last season, the second season starts with the show's new star playing an entirely new character who assumes the Batwoman mantle in a manner that the TV Blog has been prohibited from revealing.

Suffice it to say that engineering a transition of this type -- as opposed to the old way of replacing an actor or actress and then simply going on as before -- presents a creative challenge.

Having watched the premiere episode of the second season of "Batwoman" in advance of its airdate this coming Sunday, the view here is that the writers and producers of the show have met the challenge head-on and they have succeeded.

tv
1 comment about "New 'Batwoman' Makes Non-Traditional Debut On The CW".
Check to receive email when comments are posted.
Next story loading