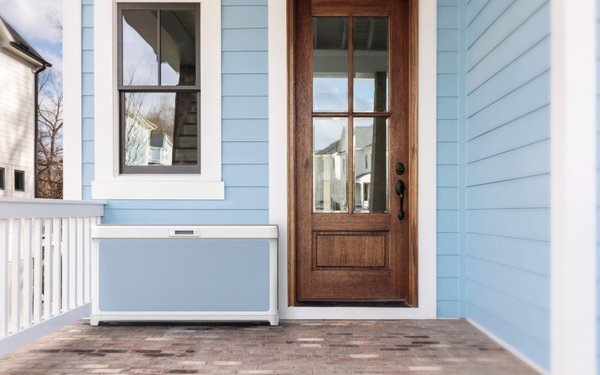 In announcing two new tech initiatives this week, Walmart seems out to prove that it is more serious than ever about strengthening its omnichannel muscle.

In a pilot with HomeValet, the retailing giant says it is testing the use of smart coolers: temperature-controlled boxes on people's porches. Boxes are equipped with app-controlled locks and three temperature zones, making it possible to securely deliver frozen, refrigerated and pantry foods -- long a grocery delivery issue.

Walmart is launching the test in its hometown of Bentonville, Arkansas, beginning this spring.

Observers are intrigued, even if they aren't expecting a national rollout anytime soon. "Walmart is in the process of shifting more fulfillment of ship-to orders to the store, as Target has already done," says David Bishop, partner of Brick Meets Click, a Barrington, Illinois-based consultancy focusing on grocery retail. "So this concept may solve two separate problems. It provides safety for temperature-sensitive groceries connected to an unattended delivery, or it offers security for higher-value non-grocery products that were before simply left on the doorstep."

He says that if the HomeValet is only meant to support grocery delivery, it "would likely be a better fit for premium-positioned grocers, whose differentiation flows from quality and service." Brick Meets Click's research has shown that more people shop at stores like Walmart because of lower costs, "as opposed to product assortment or speed."

But as Walmart+, the retailer's answer to Amazon Prime, continues to gain ground, it may become more important to acknowledge Amazon's success in preventing package theft. "Customers' expectations are being influenced by their experiences with rivals," Bishop tells Marketing Daily via email.

The new, so far-unnamed, company will be majority-owned by Walmart, which expects growth to come through partnerships and acquisitions.

"Walmart's newly announced fintech joint venture with Ribbit Capital will provide myriad growth opportunities, with the leveraging of its massive customer base at the center of the initiative," writes Charlie O'Shea, Moody's vice president and senior credit officer, in his comment on the deal.  "Walmart has been slowly and tactically expanding its financial service offerings to its customers, and measured expansion of these capabilities makes sense as it will deepen these all-important customer relationships."

The FDIC currently estimates that about 5.4% of the U.S. population is "unbanked," meaning no one in the household has a bank account. While that's the lowest since it began its research in 2009, it's still common among the lower-income families that are regular Walmart shoppers.