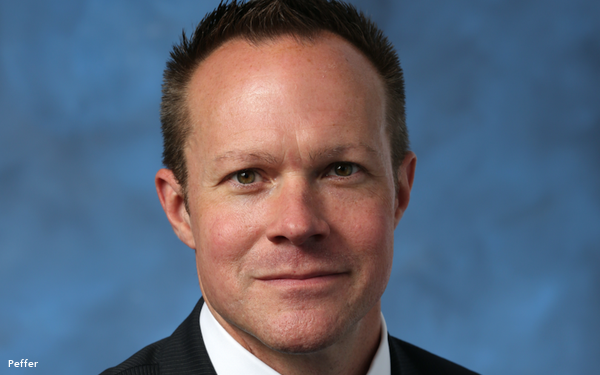 Longtime sales and marketing auto exec Bill Peffer takes over as chief executive officer of Maserati North America, where he will lead all Maserati operations for the United States and Canada.

He joins the brand with over 25 years of experience, most recently as chief operating officer of Kia Motors America. After three and a half years at Kia, he held the COO for a week before resigning Jan. 7 “in conjunction with his pursuit of a new opportunity in the automotive industry,” according to the automaker -- presumably the Maserati position.

Peffer’s three-plus years at Kia culminated in the company's best-ever retail sales performance last year, helping make Kia the fastest-growing mass market brand in the U.S., according to the automaker.

Kia has not yet appointed a successor.

Peffer’s subordinate at Kia was briefly Russell Wager, who was promoted to vice president of marketing on Dec. 17 at the same time as Peffer’s elevation. Wager was previously Kia’s director of marketing operations. Both took their new titles Jan. 1.

Peffer’s broad automotive background includes senior positions at automakers in both the United States and Australia, and a three-year stint in dealership retail operations as the chief operating officer for Balise Motor Sales, a large, privately held dealership group in New England.

He was U.S. vice president of General Motors’ Cadillac Sales and Service from October 2013 to September 2014. He also spent almost eight years at Nissan Motor Corp. in both the U.S. and Australia, lastly as managing director and chief executive officer of Nissan Australia. He also was at Ford Motor Co. for just over 13 years, where he held various sales and marketing positions.

Peffer’s new position starts immediately and he will report to Bernard Loire, Maserati chief commercial officer. He replaces Alistair Gardner, who left Maserati in August and soon joined Atlantic Coast Automotive Group as vice president, according to his LinkedIn profile.

The 105-year-old Italian brand has been part of the Fiat Group — now Fiat Chrysler Automobiles — since the early 1990s.

Mike Manley, FCA chief executive officer, said in the fall that Maserati is targeting 75,000 in annual sales and a 15% profit margin.

The Ghibli is the least expensive vehicle in the lineup at $74,390 while the GranTurismo Convertible comes with a price tag starting at $150,980.