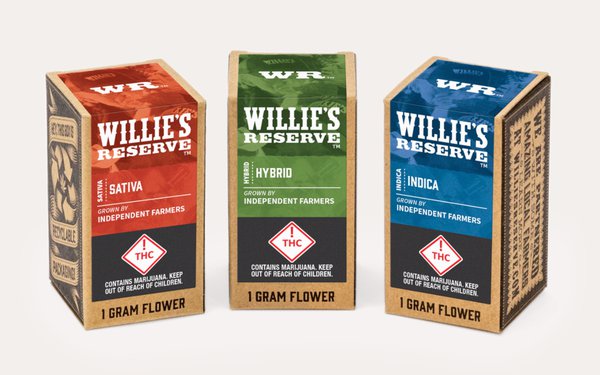 Fewer shopping trips amid shifting consumer purchase habits due to COVID-19: these trends affected most CPG categories in 2020, including marketers of CBD and legal marijuana products.

It was a year in which CBD was added to ever-more beverages and food products in the absence of legal guidelines from the U.S. Food and Drug Administration that might or might not emerge in 2021.

This week, Molson Coors launched its first CBD-infused sparkling water under the Veryvell brand in a partnership with cannabis company HEXO Corp. that is exclusive to the Colorado market.

As with other CBD offerings, the lack of FDA guidelines gives consumers—per the Veryvell launch announcement—“the freedom pick the combination that best meets them in the moment” and judge any mental or physical effects for themselves.

In the legal marijuana space, one notable trend in 2020 amid the pandemic was a shift to edibles as some people shunned inhalable forms of the substance.

“We’re seeing the edibles space get a little more sophisticated and we expect that to continue,” said Headset analyst Cooper Ashley.

The good news for CBD brands is that, while awaiting the FDA’s guidelines, they can advertise on most traditional and digital advertising media as long as they don’t make specific health claims.

Such is not the case for marketers of legal marijuana, given the patchwork quilt of federal and state regulations they must navigate. This became more of a challenge since strategies like engaging with consumers in person—via venues like concerts and in-store popups—have fallen by the wayside during the pandemic.

It’s against this backdrop that marketing technology services provider Enlighten is rolling out a self-service, ad-buying platform called AdSuite. Enlighten says AdSuite reaches 200 million+ cannabis and CBD consumers across mobile, desktop and connected-television devices on a cost-per-impression basis for advertisers.

Enlighten maintains some 1,300 screens in legal dispensaries where content and ads are delivered. Based on data gleaned from customers’ mobile devices, the company can “level up and home in on those same individuals outside the dispensary,” says Enlighten chief digital officer Sam Hollander.

One of the first companies to use AdSuite is Willie’s Reserve, launched by singer-songwriter Willie Nelson in 2015.

“It’s funny with cannabis. You never really know who your consumer is when it comes to who’s walking into the door in a dispensary these days,” says Willie’s Reserve marketing director Nicole Kennebeck. “That’s constantly evolving and changing right now. We’re finding people who are exploring cannabis newly in their life or continuing to use cannabis.”

Meanwhile, the patchwork quilt of advertising choices continues to shed across the marijuana-marketing landscape.

For example, California legalized recreational marijuana in a 2016 ballot measure and the first shops opened their doors three years ago this month. Yet it took until November of 2020 for a county judge conclude that the 2016 measure actually banned cannabis billboard ads that have been in use but are now slated to disappear.

“Because billboards are not age-gated, this was always something that could potentially be problematic for cannabis advertisers,” says Enlighten co-founder Colby McKenzie.

While Willie’s Reserve has used billboards in California, “The impact that we see with the new ruling is even less interaction with our consumers,” says Kennebeck.