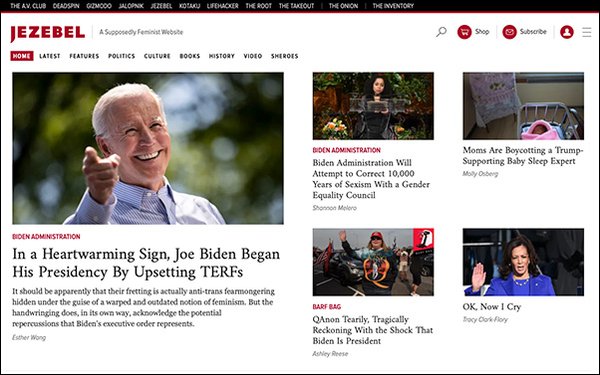 G/O Media, the publisher whose brands include The Onion, Jezebel and Deadspin, plans to hire 30 employees as part of a workforce expansion that started in the fourth quarter. It has more than 20 job openings after adding about 80 employees last year, according to a company announcement.

The hiring plans arrive nine months after the company cut 14 people, or 5% of staff, as part of a small restructuring, Adweek reported at the time. Since then, the company hired Mike Dugan away from Hearst Magazines as Chief Technology Officer and John Biggs as editor in chief of Gizmodo, among other additions.
“Like many others across the digital landscape, our second and third quarters were a tight race to hit budgets," Brian Kelly, CRO of G/O, stated. "However, since mid-Q3, we've started to see a dramatic increase in revenue across the business. We remain optimistic given our partner conversations that this trend will continue and gain momentum.”
G/O touted its efforts to diversify its workforce, which has become a bigger priority for many companies after last year's protests against systemic racism and police violence after the killing of George Floyd. JPMorgan Chase & Co., Netflix Inc., Walmart Inc. and other companies pledged to invest more than $35 billion toward racial equity in the next five years, The Wall Street Journal reported last month.

According to G/O's tabulation, 63% of current staff and 51% of managers are diverse, including 69% of new hires since July 16, 2019. Almost half of the media company's staff is female.
G/O Media didn’t return a request for comment.
G/O's announcement about hiring comes a year and a half after Megan Greenwell, the first female editor in chief of Deadspin, left after clashes with management. The company fired Barry Petchesky, interim editor in chief of the sports site, for refusing to follow orders to focus solely on sports. More than a dozen Deadspin staffers quit in protest, and later formed startup Defector Media.
diversity, employment, online publishing
Next story loading