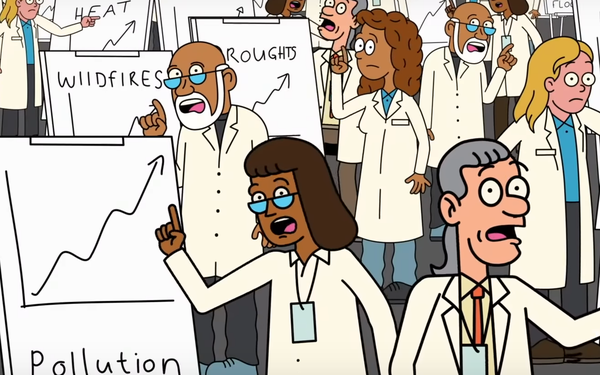 Science Moms is introducing itself as a new advocacy group of climate scientists and moms with an animated campaign using a playful, Simpson-esque tone.

The work was created in partnership with the nonprofit Potential Energy Coalition that brings together creative, analytic and media agencies to shift the narrative on climate change.

Joan Creative has been part of the coalition since day one and developed this work.

The campaign raises several hypothetical questions: Would you, for example, discount the advice from fitness experts if they suggested you were lifting weights incorrectly? The spot ends by asking if 99% of scientists agree about climate change, would you ignore this issue?

The national effort will initially focus on the Southwest, Midwest and Sunbelt, with plans to roll out the campaign to additional states and regions later this year.