AEO Thinks Aerie Can Soar To $2B In Sales 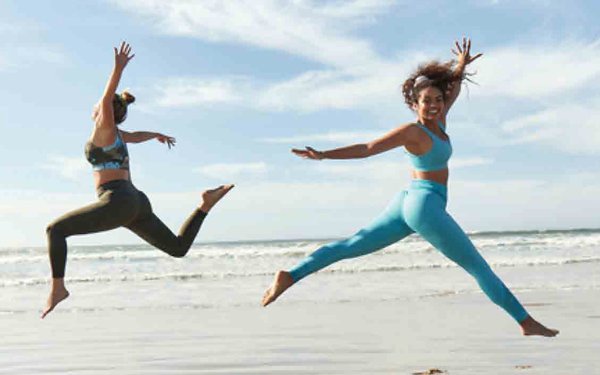 While pandemic-emptied malls may be pounding other specialty retailers into defeat, American Eagle Outfitters just took the wraps off bold new plans for Aerie.

The Pittsburgh-based teen retailer reportedly will open about 200 more Aerie locations, which specialize in underwear, swim and activewear, by 2023. And in that time frame, it says it expects to double Aerie's revenues to $2 billion, pushing the company's total to $5.5 billion in annual sales.

Aerie routinely ranks as one of Gen Z's favorite brands because of its down-to-earth vibe, body positivity and commitment to unretouched photos. To say these shoppers are enthusiastic is an understatement: Since its launch, it has sold more than 130 million pairs of its original boy brief.

And with the newly launched Offline collection, it believes it has a good shot at earning much of the $21 billion activewear market.

But while rival Victoria's Secret is closing stores and watching sales tumble, Aerie keeps soaring. AEO forecasts that Aerie's sales will rise in the high-20% range this quarter and achieve an annual growth rate in the mid-20% range.

A presentation for investors says that the brand is growing on its own strengths, especially a strong emotional connection to its customers. But it also expects to benefit from plenty of macroeconomic trends. Those include America's ongoing love affair with cozy, casual attire, fondness for bralettes over structured bras, and growing enthusiasm for ecommerce.

In the announcement of the new "Real Power. Real Growth" initiative, Jay Schottenstein, AEO's executive chairman and chief executive officer, says the time is right for a radical reinvention.

There have been a record number of store closures and bankruptcies in the past year. And AEO, the No. 1 jeans brand in the U.S., has seen many of its rivals, including brands like True Religion, Lucky Jeans, Hot Topic, go broke.

The flagship brand is certainly facing challenges. The company predicts that it will post a sales decline in the low double digits in its next quarterly results and that sales will be flat at $3.5 billion for the next two years. (It says it will be more profitable, however.)