COVID-19 Snapshot: One Year In At Conagra 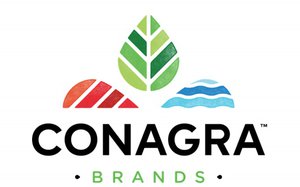 Over the past year, COVID-19 has tested the resources of all CPG marketers while providing a silver lining of sorts.

Early on, maintaining production lines and on-shelf presence turned into a game of operational whack-a-mole rarely seen across an entire industry.

On the plus side, many legacy and newcomer CPG brands gained new trial users given behavioral shifts like remote work and at-home cooking. Moreover, a spike in ecommerce helped some companies advance their D2C capabilities by light years.

“We believe that what we are experiencing right now is the acceleration of product trial that in normal times would take years and hundreds of millions of dollars,” is how Conagra Brands president and CEO Sean Connolly described the situation while addressing financial analysts on Jan. 7.

Conagra provides a useful snapshot of the past year because of its presence across the frozen, snacks and staples categories. Major brands include Banquet, Birds Eye and Healthy Choice; Duncan Hines, Slim Jim and Orville Redenbacher’s; and Chef Boyardee, Hunt’s and Wish-Bone.

Like other CPG marketers juggling new-product innovation while trying to rationalize SKUs—not to mention entire business units—Conagra had a plateful of challenges going into 2020.

For starters, the company was still integrating its approximately $11 billion acquisition of Pinnacle Foods in the fall of 2018. Pinnacle brands like Birds Eye, Duncan Hines and Wish-Bone had long been struggling with sales and market share, while Conagra’s Hunt’s and Chef Boyardee were languishing.

Conagra had already begun an upgrade of its frozen foods to appeal to the tastes and health expectations of younger consumers. In addition, Duncan Hines was in the process of being reframed as a “sweet treat.”

Both moves would end up dovetailing nicely with the pandemic’s impact on shopping habits, as would previous investments in ecommerce.

By Nov. 29, 2020 Conagra had increased its total household penetration by 14 basis points year over year and its share of categories by 26 basis points—led by staples, then snacks, then frozen. Ecommerce had grown to 7.8% of the company’s retail sales from 5%.

On the innovation side, the company achieved its pre-pandemic goal of having 15% of annual retail sales generated by products launched within the preceding three years. Standouts included additions to Marie Callender’s, Duncan Hines and Hungry Man.

More innovation is expected within the Duncan Hines, P.F. Chang’s, Slim Jim and Snack Pack lines in the coming months.

Citing data from IRI, Conagra says that new-buyer household penetration for Birds Eye was up 3.5 percentage points in the 40 weeks ended Nov. 29. The percentage of new brand buyers who repeated Birds Eye purchases during the same period was 64%.

In the first quarter of 2019, advertising spending for Birds Eye, Hunt’s and Marie Callender’s totaled $2.6 million, but increased to $4.2 million during the same time period in 2020.

Now for the “stickiness thing,” as the company’s Connolly described the prospects for a continuation of elevated, at-home eating occasions.

He had expressed confidence in October by citing data from the 2008 recession showing it was a catalyst for a 200-basis-point increase in at-home eating—from 80% to 82%—over the course of four years.

“And what was more interesting about the first six months of this pandemic is the level of elevation we saw this year…was twice that of what we saw in 2008,” Connolly said in his most recent presentation. “So there is previous evidence of stickiness post the adversity.”

In a December survey by Nielsen of approximately U.S. adults released today, 64% of respondents indicated they will spend the same on groceries after a COVID-19 vaccine becomes widely available. Just 21% said they will spend more, while 15% will spend less.

1 comment about "COVID-19 Snapshot: One Year In At Conagra".
Check to receive email when comments are posted.
Next story loading