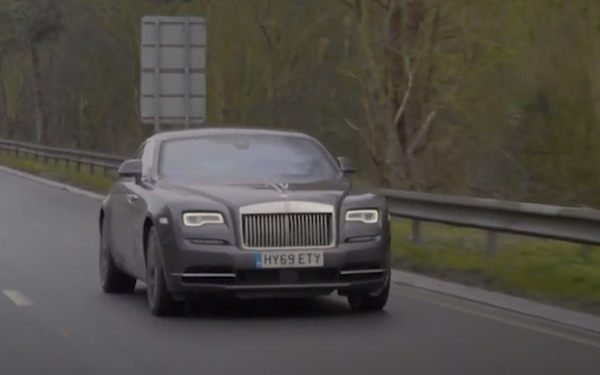 Rolls-Royce Motor Cars has launched the latest installment in a series that features those who rewrite the boundaries of greatness.

Charlie Siem, violin virtuoso and style muse to fashion designers around the globe, is the subject of the latest "Inspiring Greatness" artist series. The nearly 3-minute video  explores how Siem seeks to connect with and personify music, transcending the physical act of playing his instrument to express the music directly.

The musician speaks reverently of his violin -- the 1735 Guarneri del Gesù known as the "D’Egville" -- which he refers to as “an extension of his body.”  Later in the film, Siem experiences the Rolls-Royce during a drive through the British countryside.

The series, which launched in April 2020, shines a light on individuals at the pinnacle of their respective fields, says Torsten Müller-Ötvös, chief executive officer, Rolls-Royce Motor Cars. The brand appreciates their dedication, courage, commitment and vision and sees parallels to the automaker, he says.

Like Rolls-Royce, Siem’s sensibilities are “founded in tradition by those who have inspired him -- not least, by Yehudi Menuhin, yet his mastery and musical delivery engage new audiences – all of which we can relate to as a marque,” Müller-Ötvös says in a release.