Most Viewers - Even On Pay TV - Don't Mind Watching Ads 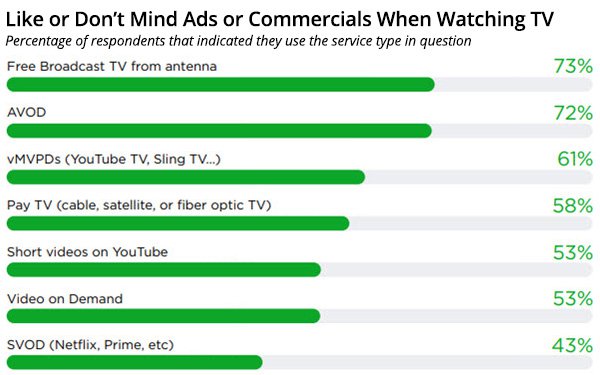 In TiVo’s Q4 2020 survey of more than 4,500 U.S. and Canadian adults 18 and older, 58% of those using traditional pay TV (cable, satellite, fiber optic) and 61% of those using virtual MVPDs (e.g., YouTube TV, Sling) said they like or don’t mind watching ads while watching TV. 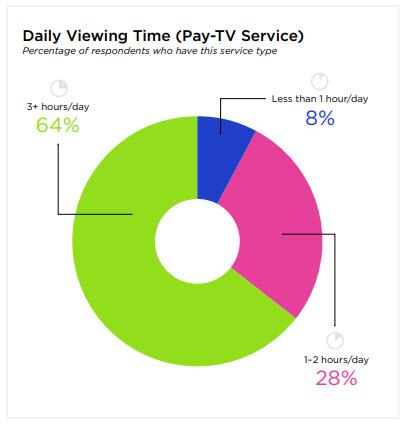 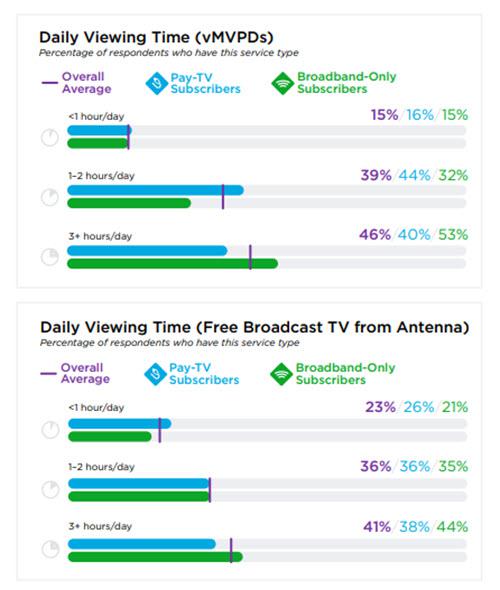 On average, viewers report using about seven different video services: 6.9 among pay-TV subscribers and 6.7 among broadband-only subscribers. That’s up roughly 35% year-over-year, according to TiVo. 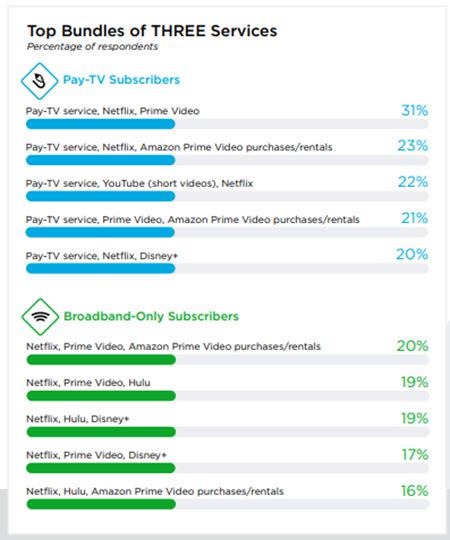 *31% of all respondents said they are interested in viewing new movies at home even after the pandemic is over.

*83% of overall respondents and 74% of cord cutters said viewing local content is important to them. Those numbers are up 10% and 12%, respectively, from 2019’s survey.

*92%want the ability to search TV shows and movies across different platforms and sources from a single guide or menu (a favorable finding for TiVo).