'Philadelphia Inquirer' Kills Comments On Site, Since 'Hijacked By Trolls' 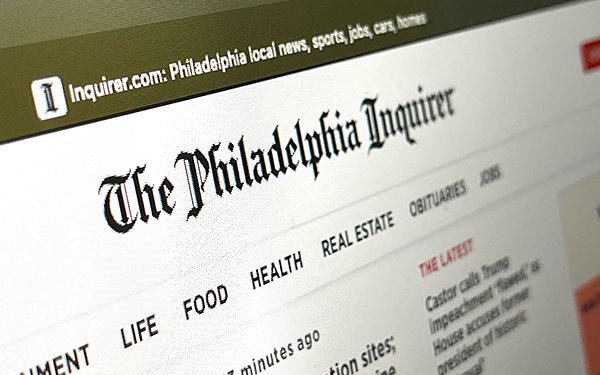 Inquirer.com, the news site published by The Philadelphia Inquirer, is removing most comments from the site in an attempt to curb hateful invective.

“Commenting on Inquirer.com was long ago hijacked by a small group of trolls who traffic in racism, misogyny and homophobia,” the Inquirer writes in a post dated Monday.

While this group comprises a tiny fraction of the audience, “its impact is disproportionate and enduring,” the paper adds.

Past comments will be removed within 30 days.

However, readers will still be able to comment on Inquirer sports stories because “the commenting climate in Sports is better than elsewhere on the site,” with fewer personal attacks.

In addition, readers can comment on Inquirer live events, and still engage with the paper via its letters section, social media channels and other features. The newspaper says it is developing new ways for readers to provide tips and interact in other ways with the newsroom.

The Inquirer says it had tried to create “a forum for civil, open exchange of ideas where readers could offer relevant feedback and criticism of our work.”

But the comments at the bottom of far too many stories have been “toxic, and this has accelerated, due to the mounting extremism and election denialism polluting the national discourse,” it writes.

Racism has been “a persistent presence in Inquirer comments,” and both staff and readers have been disaffected by the comments on some stories.

Several news organizations, including National Public Radio, The Atlantic and NJ.com, have eliminated or restricted comments in recent years, the paper notes.

Experience proves that “anything short of 24-hour vigilance on all stories is insufficient,” it states. The removals should not hurt readership since “only about 2% of Inquirer.com visitors read comments, and an even smaller percentage post them.”

The paper adds: “The Inquirer is committed to making the changes required to be an actively anti-racist news organization.”