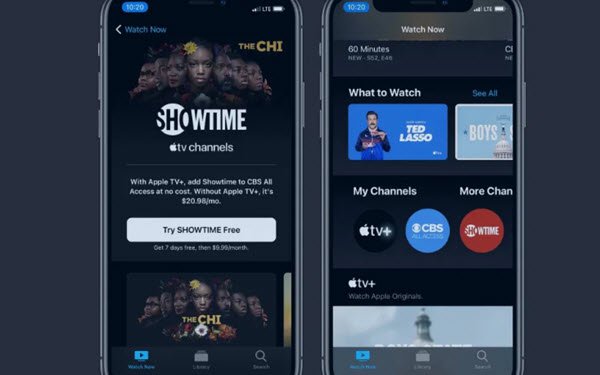 The bundle, which included access to both services as part of a $9.99 Apple TV+ subscription — a 50% discount — is still accessible by existing users, but is no longer being offered for new signups —presumably because ViacomCBS will be replacing CBS All Access with its expanded Paramount+ streaming platform in the U.S. as of March 4.

Although not officially confirmed by Apple or Viacom as yet, it doesn’t appear that Paramount+ will be offered as an Apple TV Channel inside the TV app, says the report.

Streaming through their own apps rather than third-party apps gives service owners control over customer data and analytics.

When it launched HBO Max last May, WarnerMedia removed HBO access through Apple Channels, instead directing users to the HBO Max app.

In addition, according to MacRumors, as of March, second- and third-generation Apple TV owners will no longer have access to CBS All Access, but can instead watch the new Paramount+ app on Apple TV 4K, Apple TV HD, iPhone or iPad, or use AirPlay to stream Paramount+ from any third-gen-or-later Apple TV.