How To Buy An Insurrection 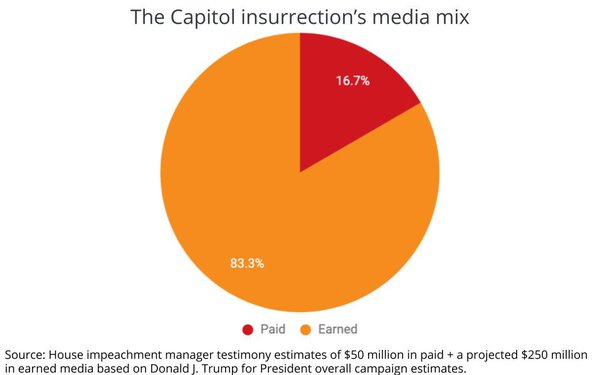 Tough week for a "Red, White & Blog." Not because I was scratching my head for things to opine about, but because there are too many to weigh in on: MediaPost's 2020 Marketing Politics Conference, Facebook's Enforcement Report, and, oh yeah, a Senate impeachment trial. So I hope you don't mind if I try to pull them all together here.

As my colleague Wayne Friedman already jumped on in his "TV Watch" column on Thursday, there was a remarkable revelation from the House impeachment managers' case, especially Rep. Eric Swalwell's disclosure that the impeached former President spent $50 million buying media and marketing to incite the insurrection. I've written before about how America's own commercial markets have been turned into weapons of mass destruction against us -- first the commercial airline industry during the 9/11 attacks, and then our social media industry via Russian operatives in 2016 -- but even this one surprised me.

According to Swalwell's testimony, the still sitting President took the money from his "legal defense fund" to commit the offense, making national online video buys, text message campaigns, etc. to lather his insurgent base up with "Fraud" and "Stop The Steal" messages.

While I'd love to see the media plan behind that, the President's former campaign CMO Kaelan Dorr told MediaPost's Steve Smith that the President lost his reelection bid despite reaping $5 billion in "free" earned media during the 2020 campaign. He also indicated that the gap with now President Joe Biden got narrower and narrower as the campaign closed in on Election Day, and given a little more time...

While much of that free media obviously came from good old fashioned media coverage -- or what the former President calls "fake news" -- a significant amount also came from social media sharing. How much of that earned media was placed behind dog whistling content to incite the insurrection may never be known, but it's pretty clear that it is multiples of the $50 million the ex-President spent on paid media. Based on Kaelan's estimate, I'm going to apply a 5x multiple and project it was $250 million in earned media contributions, or a total of $300 million in overall media value promoting a violent insurrection on our nation's capital.

Lastly, Facebook released its fourth quarter 2020 Community Standards Enforcement Report and its top enforcement execs briefed the press on the oodles of hate speech, militarized social groups, content and pages, QAnon conspiracies, and other unsavory and seditious content removed over the past quarter, including their temporary ban on the former President's account.

The Facebook execs spoke a little about the role of the independent Facebook Oversight Board's initial feedback, but did not provide any new insight about their eventual ruling on whether the reinstate the former President's account on Facebook and Instagram, or if and how their decision would have teeth in terms of the social networks' actions.

But if anyone wants to ask me, I'll tell them what I think they should do (see chart above). 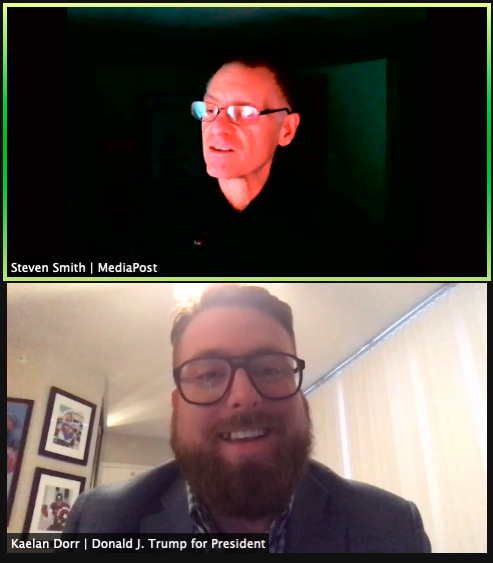