Starbucks Cozies Up To Its Drive-Through Future 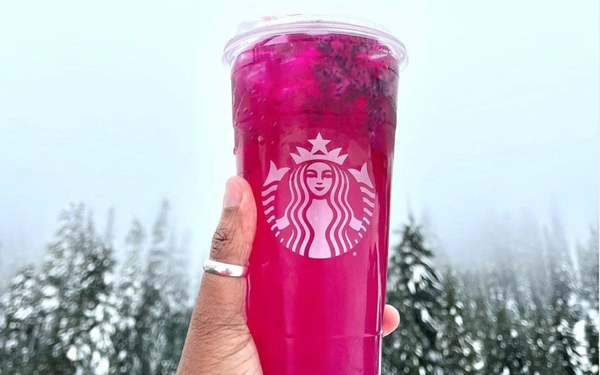 Starbucks' recent earnings report felt as soothing as a midday flat white. Profits beat both Wall Street expectations and its own forecasts and gave company executives a chance to explain what they think the post-pandemic world will look like.

"We are prepared for what can only be described as the great human reconnection, where people once again connect with others face-to-face to heal, to belong, to reflect, to share and to celebrate," says president and CEO Kevin Johnson, in a webcast for investors. "Starbucks was built for this moment."

That future is also likely to be loaded with more drive-throughs, its most productive store model, says Rosalind Gates Brewer, the outgoing chief operating officer. Besides expanding throughout the central, Southeast and Southwest U.S., Starbucks aims to increase service speed by making baristas more efficient. That includes increasing the number of drive-throughs with hand-held point-of-sale devices to 500  by the end of this month.

The final piece of the transition include "drive-through-only stores that have no seating, very small units, the side-by-side drive-through lanes that we are bringing on to the footprint," says Brewer.

Brewer starts her new role as CEO of Walgreen's next month.

The remarks came as the company reported a 5% dip in global comparable-store sales, with revenues slipping to $6.7 billion. That includes a 19% drop in comparable transactions, partially offset by a 17% increase in average ticket spending.

Johnson says Starbucks is still a "beverage-first company… and it's that experience we create around handcrafted beverages."

Adding more food to those experiences shouldn't detract from that strategy. "The most important thing is to be on the front foot and innovate and drive those relevant beverage platforms," he says. "And then we attach food."

And in both beverage and food, the shift to plant-based options continue to be "the most dominant shift in consumer behavior."

Some observers welcomed the results, which demonstrate that Starbucks is well-positioned to move forward.

Nicholas Johnson, an analyst who follows the Seattle-based Starbucks for Morningstar, doesn't expect sales to turn positive until the second quarter, though present results underscore its dominance in the category, he writes.

He's especially encouraged by its loyalty efforts. "One bright spot for Starbucks in the past year has been its Starbucks Rewards program, which added 2.5 million new 90-day active members in the U.S. this quarter" -- a 15% gain.

Growth in China, both in sales and in new stores, is also encouraging. Those positive trends are "indicators of Starbucks' resilience and brand strength going forward."