Founded in 2006, Triton is a major developer of audio streaming, podcasting and other digital audio distribution technologies that have helped transform the radio and digital audio industries.

Importantly, it was also one of the first and most distributed developers of a programmatic marketplace for buying and selling digital audio advertising, and has integrated with most of the major demand-side platforms (DSPs) used by advertisers and agencies to buy media programmatically.

The deal helps solidify iHeartMedia’s dominance of the radio and digital audio marketplace, and follows a spate of other recent acquisitions.

It “establishes iHeartMedia as the only company with a total audio advertising technology and data solution,” boasts Chairman-CEO Bob Pittman in a statement announcing the deal this morning. 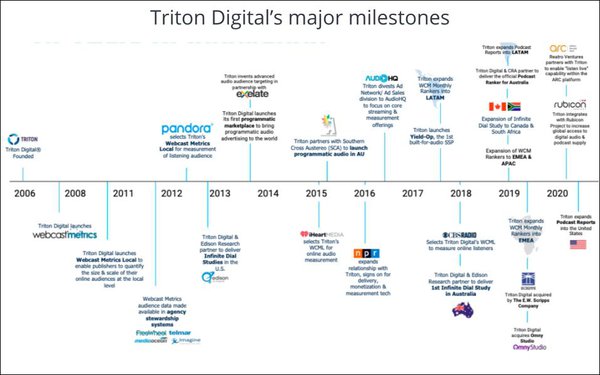