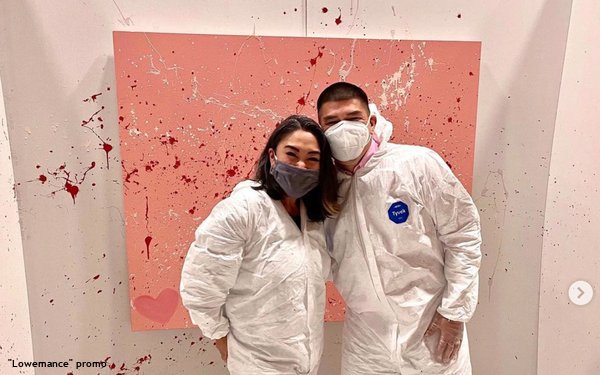 Lowe's is working overtime to expand consumer perception of its products, with back-to-back efforts that aren't just another home-improvement campaign. One used a “Shark Tank”-type format to find worthy new products through virtual pitches. The other celebrated love in the lumber aisle.

The pitch program, called Making It…With Lowe's, is part of its pledge to offer more products from Black and women-owned companies. Gathering more than 1,300 pitches, its experts narrowed the field down to 400 and then to eight. Those entrepreneurs are featured in the video, hosted by Daymond John, star of ABC's “Shark Tank.”

The top winner? A product called Multus Handle and Haul, based in Metairie, Louisiana. It helps people safely and easily move bulk items. Inventor Joe Porche developed the item after a drunk driver struck his vehicle, injuring his back, neck and wrists. Besides having his product sold in Lowe's stores, Porche also wins mentoring and marketing support and a $50,000 Lowe's Small Business Grant.

Two other entrepreneurs won and will also have their products sold at Lowe's and get marketing support and a $5,000 grant. Christina Woerner McInnis is a fifth-generation farmer who wants to make soil-testing easier and founded SoilKit, based in Foley, Alabama.

Lowe's has already announced plans for a second season of the promo.

And earlier this month, it unveiled its first-ever romance strategy, with a Valentine's Day sweepstakes called "Night of Lowemance."

Couples could enter to win a romantic splash-painting date night.

Lowe's started the winners off with a toast, light bites and the invitation to choose from a curated "menu" of HGTV Home by Sherwin-Williams paints. Then they headed for the paint zone -- a blank canvas, so they could splash away.

The Mooresville, North Carolina-based home-improvement chain says it seemed like a logical way to channel all that pandemic DIY energy.

"In a year where traditional Valentine's Day options remain limited, we are ready to turn Lowe's into the ultimate date night for a few lucky couples… that they never knew they needed," says Marisa Thalberg, Lowe's executive vice president, chief brand and marketing officer, in its announcement.