The $15-An-Hour-Furor: Walmart Dives In 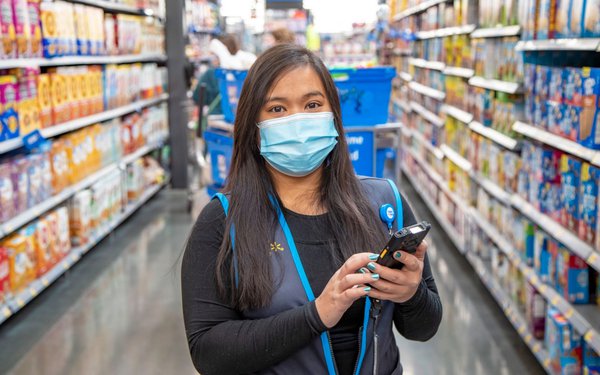 Just as it announced it reached a sales record of $152.1 billion in the fourth quarter, Walmart dropped another bombshell. It says it is raising wages for more than 400,000 store associates, which means that half of its hourly workforce, or about 730,000 associates, will earn $15 an hour or more. And $15.25 becomes its new average hourly pay.

Even a few years ago, the idea that a company’s labor policies had anything to do with its brand image might have seemed laughable. But that was before COVID-19 turned these retail positions into hazardous duty, and before hourly sales rates became a political football.

“In a contemporary context in which consumers expect companies to play a 'social’ role more than just be a 'commercial’ entity, this fits expectations,” says Walker Smith, chief knowledge officer at Kantar’s Consulting division. And because such expectations are especially true of younger shoppers (and potential employees), “it's buying some goodwill for the future, too.”

It’s also a shrewd way to build on the company’s pandemic-driven strengths.

“Walmart has benefited in the pandemic, partly because it has responded to conditions quickly and smartly, and partly because it was in the right place at the right time,” says Barbara E. Kahn, a professor of marketing at the Wharton School, the University of Pennsylvania.

But maintaining those sales as the world starts to reopen isn’t a given. “Showing concern and appreciation for their employees is one way to try and keep that loyalty,” adds Kahn.

Still, the trend toward higher pay is controversial.  On one hand, the move toward the $15-an-hour rate is the goal of President Joe Biden, with legislation championed by the likes of Senator Bernie Sanders. Amazon, which adopted an hourly rate of $15 back in 2018, has routinely criticized Walmart and others for failing to meet that threshold.

But many retailers have resisted. Supermarket chain Kroger, for example, just generated headlines by announcing it would close two more stores in Seattle rather than comply with a $4 per hour raise in hazard pay.

And many pro-business groups oppose these pay raises, including restaurant and retail lobbyists.

The Congressional Budget Office released an analysis last week that says while a $15-per-hour minimum wage would lift 900,000 out of poverty, it would also cost an estimated 1.45 million jobs by 2025.

But given that these higher wages “might one day soon be a reality, it makes sense for progressive retailers to come out ahead of what they may have to do anyway,” Kahn tells Marketing Daily via email. “That way they get to control their own story and reputation and are not constantly forced to be reactive.”

Kantar’s Smith says Walmart’s move also has implications at the local level. “Local connection and community support are key drivers of brand affinity these day,” he says, via email. “Walmart is a core part of the local communities in which it operates, so it cares about them and it knows this will help them. It also makes Walmart more competitive for better talent.”

Finding a recruiting edge is important, regardless of unemployment rates. “To be successful in this new world, retailers are looking to increase customer experiences -- not just sell products as the right price,” says Kahn. “First-class customer experience depends upon loyal and productive employees.”

For the full fiscal year ahead, Walmart expects sales in the U.S. to rise in the low single digits.