Question For The Golden Globes: Why Bother? 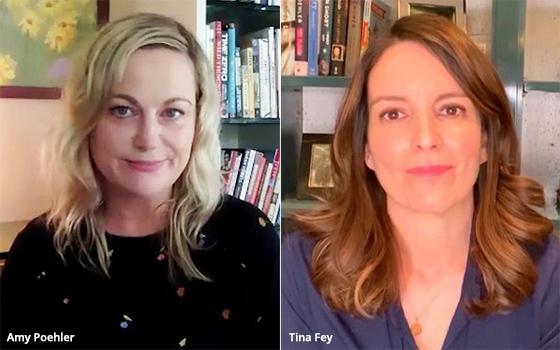 People often joke that after an apocalypse the only creatures still stirring will be cockroaches.

But here is something else that will not die: Hollywood’s need to award itself. Not that I will likely be around to confirm it, but even after most of the world destroys itself (heaven forbid), someone will find a way to stage an awards show -- regardless of whether anything survives to be awarded.

These dark thoughts arose when it came to the TV Blog’s attention on Tuesday that there is actually going to be a three-hour Golden Globes telecast this coming Sunday on NBC.

Almost no details of this telecast could be ascertained on the special proprietary web site that NBCU maintains (halfheartedly, in the case of the Golden Globes) for the benefit of members of the TV-industry press corps who visit this site in order to gather basic information on upcoming TV shows.

According to the most recent news release on the site about this weekend’s Golden Globes, the show will be live, it will be three hours long, it will be co-hosted by returnees Amy Poehler and Tina Fey (pictured above), and it will originate from the Beverly Hilton in Beverly Hills. This news release was dated July 27, 2020.

The TV Blog prides itself on being on top of -- if not ahead of -- all of the big news coming out of show business generally and the TV industry in particular. And yet, the announcement of this year’s Golden Globe nominees earlier this month on February 3 went completely unnoticed here.

Applying the “better late than never” approach, I perused the list of nominees just yesterday and came to the conclusion that nobody cares.

What were the highlights of this list? Well, actually, there were none. But in the interest of providing at least some information here, let the record show that Netflix collected the most nominations both in motion pictures (22) and TV (20).

The movie with the most nominations was “Mank.” TV’s most-nominated show was “The Crown” with six nominations, followed by “Schitt’s Creek” (5), “Ozark” (4) and “The Undoing” (also 4).

Look for “Schitt’s Creek” -- which stunned the Emmys last fall by winning every major award it was nominated for -- to win all five of the Golden Globe awards it is up for this weekend. Other than that, look for this awards show to make no news whatsoever.

Those who have lasted this long in the reading of this TV Blog might be asking themselves by now: Why is this guy so crabby about the Golden Globes?

It is a fair question and one that is not so easy to answer. Perhaps it has something to do with the state of the world at the moment, and the sneaking suspicion that a three-hour televised celebration of Hollywood ego-feeding is out of sync with the prevailing mood.

Yes, I know what some of you are thinking (a skill I have developed over decades of doing this) -- that if this crabby TV blogger disapproves of the Golden Globes so much, he need only change the channel and watch something else.

I appreciate that thought. It sounds like great advice.