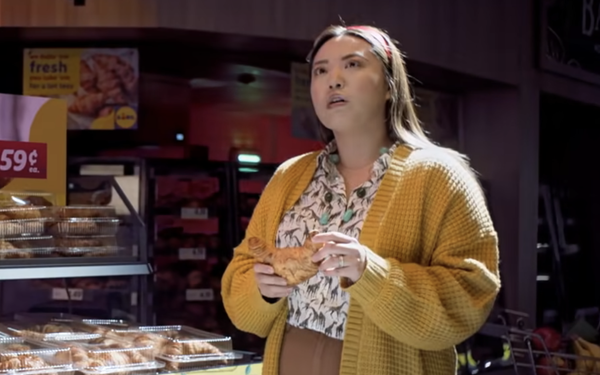 Lidl is raising awareness about the low-priced European grocery chain in the U.S. by humorously acknowledging the human tendency to question anything one has not experienced before.

The creative, developed by VMLY&R, features a skeptical young woman  who believes her croissant is actually a French-spying device and a redhead who states this store is just an illusion.

The spots, launching across TV and social, end with the tagline, “suspiciously low-priced groceries.”

The rollout is timed to the store’s recent expansion in the U.S. where it expects to open 50 new stores by the end of the year.

The work represents the first campaign developed by the agency since being named creative AOR at the end of 2020.