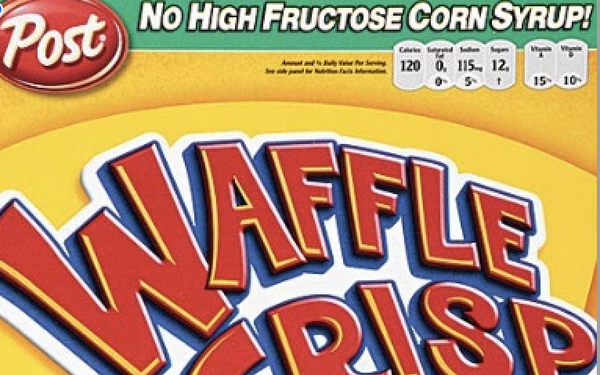 Post Holdings has agreed to settle a class-action lawsuit in which it was accused of making false claims regarding the amount of sugar—and its potentially harmful health effects—in many of its cereals since 2012.

In a settlement approved by a federal judge in California, Post has agreed to pay $15 million a few months before the lawsuit was scheduled for trial.

Final determination of the settlement is set for June 23 in the U.S. District Court for the Northern District of California.

Under the settlement, Post would have to refrain from using labeling claims like “less processed,” “no high fructose corn syrup,” “natural,” “healthy,” “smart,” “nutritious” and “wholesome” for certain cereals if it hasn’t already done so.

Those claims are determined by the percentage of their calories derived from added sugar.

Thus far, it appears that Post hasn’t issued a public statement about the settlement reached last month.  Marketing Daily reached out to the company for comment but had not heard back by deadline.

In August of 2016, lawyers for plaintiffs Debbie Krommenhock and Stephen Hadley of California filed a nearly 200-page consumer class action against Post Foods LLC. The lawsuit cited reams of medical and scientific evidence about the potential harmful effects of consuming sugar.

The plaintiffs alleged Post had “labeled certain cereals with health and wellness claims that were misleading in light of the products’ high added sugar content,” according the court filing.

The “vast majority of Plaintiffs’ potential damages were tied up in a single product, Honey Bunches of Oats,” the documents state.

Aside from product labeling, among the allegations was that Post had publicly “spread misinformation about the dangers of consuming the added sugar in its cereals.”

The company is alleged to have represented that consumption of two sweet-tasting iterations of its Great Grains Protein Blend cereals would promote weight loss.

According to the suit, such representations were “false, or at least highly misleading because the cereals contain 9g of sugar per serving, accounting for approximately 16% of the products’ calories—which is more than 300% the [American Heart Association’s] recommended maximum of 5% of calories from added sugar.”

Some of Post’s alleged behaviors were “part of Post’s longstanding policy, practice and strategy of marketing its high-sugar cereals as healthy in order to increase sales and profit.”

After multiple attempts by Post to dismiss the original case, a year ago this month a judge certified the lawsuit as a class action.

If approved, the $15 million settlement—minus approximately $5 million in plaintiffs’ legal fees along with additional expenses—represents a potential payout to anyone who purchased certain Post cereals from Aug. 29 of 2012 to Nov. 2 of last year.

To notify those who may qualify for a cash payout, Post would turn over approximately 68,400 individual customer names and email addresses it has collected. Their confidentiality would be ensured as part of the process.