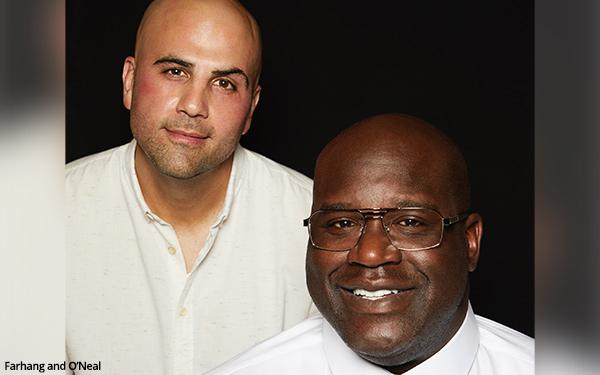 Shaquille O’Neal is partnering with advertising veteran Omid Farhang to launch Majority, an independent, creative marketing agency based in Atlanta. Its services will include advertising, branded entertainment, product innovation, and experiences as well as art and activism.

Shaq's role is designed to be “wide-ranging,” Farhang, CEO of the new agency, tells MAD. “He will help open doors, connect dots, create opportunities, celebrate successes, and advance the overall agenda of the agency wherever possible.”

He adds O’Neal will be invited into the creative process “where appropriate.” Knowing “he's a busy guy with many business interests, we will utilize him judiciously where we think he can have maximum impact,” he states. “This is not celebrity gimmickry, it's genuine partnership.”

Farhang previously worked at Momentum, where he spent six years as CCO, expanding the agency’s services across experiential, product innovation and branded entertainment.

His position at the agency led to his first encounter with O’Neal when they worked together on American Express projects. His brother has directed many Papa Johns commercials as well, says Farhang.

“Between the two of us, I was able to share my concept with Shaquille's team,” he explains. “They instantly sparked to two things: the mission to create new opportunities in advertising for underrepresented groups, and the fact that this is not the ‘Shaq spokesperson agency.’ Shaq works with great brands, who work with great agencies we admire. Our plan is to cultivate our own set of clients, starting with goPuff.”

The two founders believe building the agency in Atlanta adds to their “competitive advantage,” says Farhang. “As I looked at the leadership of the biggest agencies in Atlanta, I couldn’t help but notice that what makes Atlanta so special wasn't being properly reflected in the leadership of many agencies here.”

The shop launches at a time when both the nation and the ad industry continue to face a reckoning on diversity, equity and inclusion.

Majority's name reflects the question the partners asked themselves in founding the agency, says Farhang: “As the industry confronts this longstanding diversity problem, what if we started an agency in Atlanta that actually tapped into the diverse creative firepower that makes Atlanta unlike any other city in America and fuels so much of popular culture? Yes, to help create a more equitable world, but also on the thesis that diversity is the ultimate competitive advantage for culturally disruptive creativity. That was the genesis and premise.”