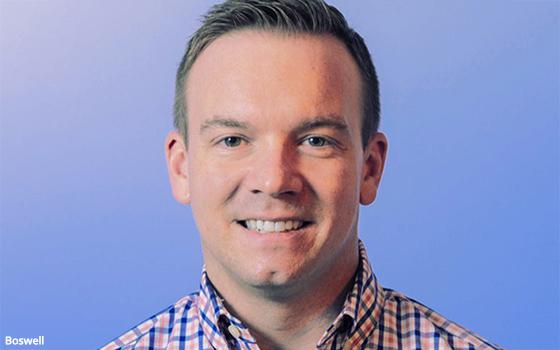 Marc Boswell left Business Insiderlast June for what might have seemed like a dream job to some: Chief Revenue Officer of LoveToKnow Media, a digital publisher that now pulls 50 million unique visits per month.

Its brands include: LoveToKnow, a site focusing on women’s lifestyle choices; Your Dictionary, a site known for its Word Finder (a tool of great use to Scrabble players during the pandemic); and GolfLink, a community for golfers.

But Boswell found issues during his first few days on the job. For one, LoveToKnow relied entirely on programmatic ads when it also needed “direct sales and brand content.”

Moreover, viewability was just 40%. And things were “slow and inefficient,” he says.

A pivot was needed. But LovetoKnow couldn’t just start offering Private Marketplace (PMP) and direct content marketing: It needed an ad management system that would allow the team to make changes on the fly without having to call engineers or struggle with coding.

So Boswell teamed up with Hashtag Labs, a 7-year-old ad management software company headed by John Shankman. Boswell had worked with Hashtag while employed at Federated Media years earlier and recommended bringing Hashtag to Business Insider, which happened after he left.

“The pain point we’re solving is that publishers and executives don’t know how to go and make changes,” Shankman says. “Their ad tech configuration is all buried in code, and the engineers have to go and find it.”

He ruefully adds: “It’s funny that publications have a content managing system, but not an ad management system.”

But LoveToKnow now has one — and “the integration wasn’t too terrible,” Bowell laughs. “Our development team was able to get code implemented rather quickly.”

“It happened overnight,” Boswell says. “The next full day, viewability went up on at least one of the properties.”

Overall viewability now hovers between 75% and 80%. And CPMs are up 70% YoY, Boswell says.

In addition, the company can now set up a PMP and “run units on specific sites,” Boswell adds. “This work puts us ahead of our competitors by giving us levers we didn’t have before.”

Those are not the only benefits.

Granted, there are fewer ads than before but “we make more money,” Boswell says.

How does Hashtag charge? “Our pricing is not based on revenue share, but on SaaS pricing — volume-based pricing based on page views.,” Shankman says.

LoveToKnow will continue to run and refine its programmatic business while it starts its direct business. It has hired some sales staff and while be adding more as the year goes on.

What’s next For LoveToKnow? “Diversifying our revenue streams,” Boswell says. The firm is starting a branded content house called LTK Studios, and will soon be going to market.